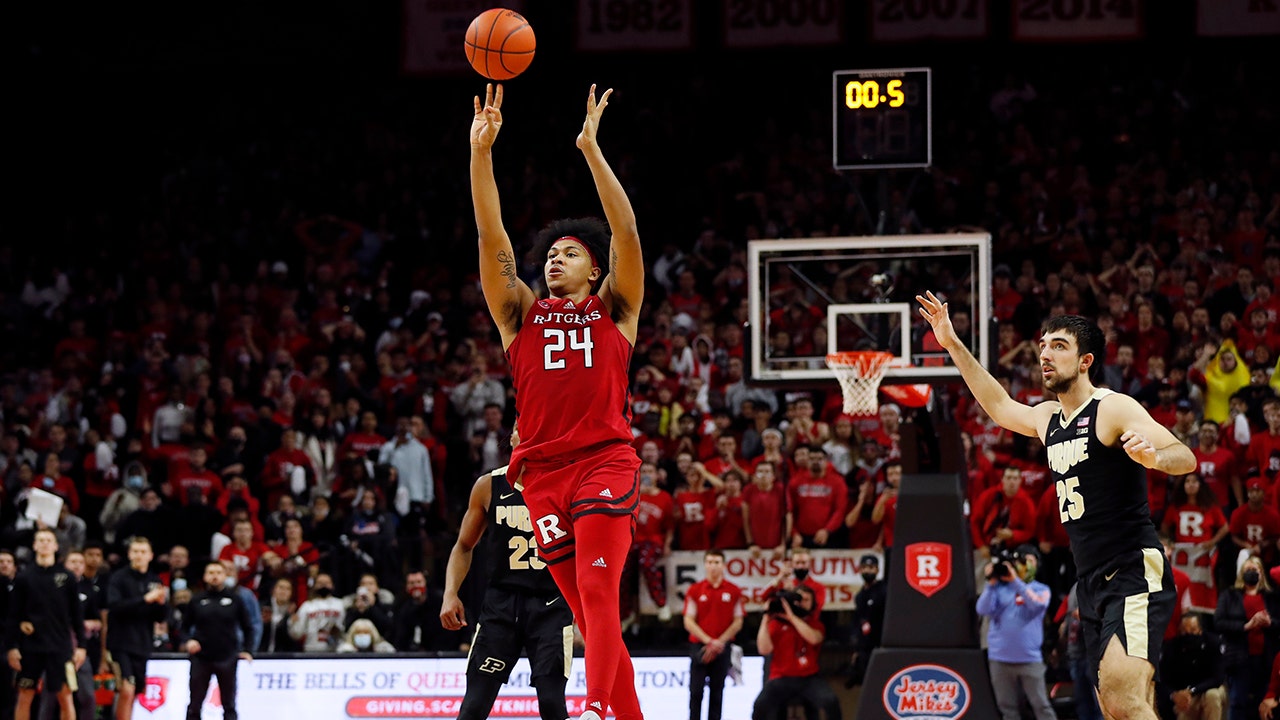 Rutgers nearly blew the roof off their athletic center in Piscataway, N.J., on Thursday night as the Scarlet Knights pulled off a tremendous upset against No. 1-ranked Purdue.

The Boilermakers had the unranked Big Ten squad right where they wanted them. Trevion Williams got the ball in his hands with a few seconds left in the game and put Purdue up two points with 3.4 seconds.

Rutgers won the game, 70-68, in one of the biggest upsets for Rutgers in recent memory. Fans immediately stormed the Rutgers Athletic Center.

Harper finished the game with 30 points and 10 rebounds. He was 10-of-15 shooting from the field and 5-for-7 from three-point range, including the game-winner.

NO. 11 ARIZONA OVERWHELMS WYOMING IN FIRST HALF OF 94-65 WIN

Purdue suffered their first loss of the 2021-22 season.

Rutgers improved to 5-4 and if they’re looking to get back to the NCAA Tournament, a win over a No. 1 ranked team definitely helps their March Madness resume.