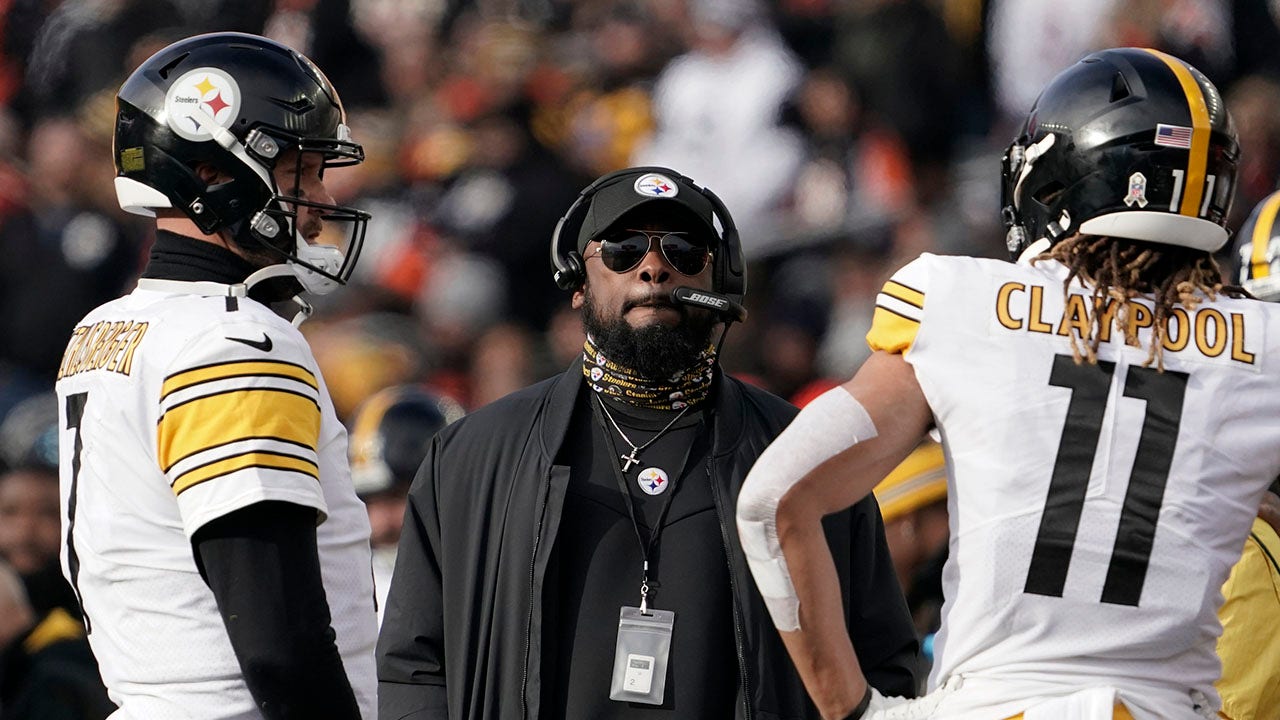 During a two-minute ESPN segment on Monday, Clark discussed Pittsburgh’s brutal 41-10 loss to the Cincinnati Bengals and said that “nobody is scared to play this team.”

Pittsburgh Steelers outside linebacker T.J. Watt (90) battles Cincinnati Bengals offensive tackle Isaiah Prince (75) as he tries to rush the passer during the second half of an NFL football game, Sunday, Nov. 28, 2021, in Cincinnati.
(AP Photo/Aaron Doster)

Clark, who was drafted by the New York Giants in 2002, played for the Steelers from 2006 to 2013. While playing alongside Hall of Famer Troy Polamalu, Clark was a key piece of Pittsburgh’s Super Bowl XLIII run in 2009 when the Steelers came away with a 27-23 over Kurt Warner, Larry Fitzgerald and the Arizona Cardinals.

Clark said Steelers safety Minkah Fitzpatrick is “one of the best play-making free safeties in football” but added that he’s “a fifth linebacker” because the Steelers linebackers fail to tackle runners.

Clark also touched on the Steelers’ use of social media, and wide receiver JuJu Smith-Schuster, who was famous for making TikTok dance videos.

“But that ain’t what y’all want. What y’all want to do is show up, and y’all want to live on the backs of legends. Don’t nobody care about that no more. Young people aren’t respectful to the past. In the past, Pittsburgh was something. This Pittsburgh defense ain’t jack,” Clark added.

Pittsburgh Steelers head coach Mike Tomlin, center, looks up at the videoboard as he stands with quarterback Ben Roethlisberger (7) and wide receiver Chase Claypool (11) during a timeout during the second half of an NFL football game against the Cincinnati Bengals, Sunday, Nov. 28, 2021, in Cincinnati.
(AP Photo/Aaron Doster)

The Steelers are 6-10-1 over their last 17 games, and 20 NFL teams have won a playoff game since Pittsburgh last came away with a playoff victory back in 2016. It appears to be quarterback Ben Roethlisberger’s final season in black and yellow, which means the team will need to head in a different direction next year under center for the first time since 2004.