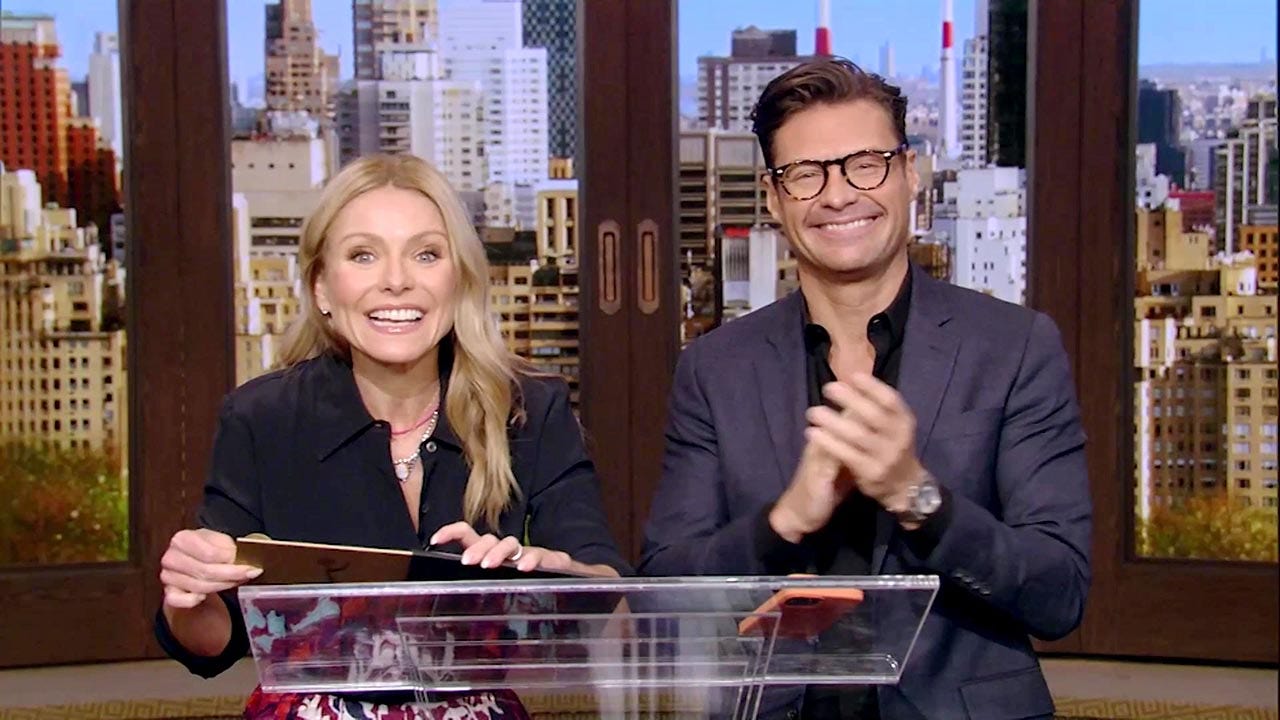 Ryan Seacrest fans piled on the “Live” star’s co-host Kelly Ripa last week, calling her “annoying,” and “boring” and accusing her of not letting him finish a sentence on their talk show.

“You need to tell Kelly to stop interrupting you,” one person wrote in the comment section of an Instagram video Seacrest posted of him driving off the CBS lot in Los Angeles. “That’s very rude. She does it throughout the show… every show. Very annoying. The show’s ratings go up because of you. She is a boring host.”

Another person commented, “I thought I was the only one that felt this way!!! She interrupts, negate and challenge everything you say and tries to act as if you are ‘beneath her’ intellectually Your the star of that show.”

The commenter said they felt she had also been disrespectful to former co-host Michael Strahan and Anderson Cooper, who would sometimes guest host.

KELLY RIPA CLAPS BACK AT FAN’S CLAIM SHE USED A FILTER ON NATURAL SELFIE WITH MARK CONSUELOS: ‘IT’S THE ANGLE’

Seacrest joined the show in 2017 after Strahan left for “Good Morning America.”

Strahan’s departure caused a bit of drama at the time: Ripa took a week off after he left in 2016. After she returned she explained she had felt “blindsided” by the announcement of his departure because she didn’t have prior knowledge of it before it was made public.

Yet another person wrote in the comments: “Have [comedian] Ali Wentworth as your permanent co-host She’s so much better than Kelly!”

“I hate when she talks about herself,” another fan commented. “She goes on.. and on…she brags too much. Not everyone wants to [hear her] story. We’d like to hear from Ryan, too.”

CNN ADDRESSES ANDY COHEN’S JAB AT RYAN SEACREST, ABC DURING NYE SPECIAL: ‘HE ’SAID SOMETHING HE SHOULDN’T HAVE’

“I agree one million percent,” someone else said. “It would sure be nice to hear Ryan finish a story. I started noticing that too, she never use to do that, seems it started after they got back in the studio, you can tell Ryan just kind of holds his breath.”

But Ripa supporters also made themselves heard.

“Ugh. He’s a bore and a toddler. I watch for Kelly,” one person said followed by a critic who called him “weird” and said they “stopped watching the Live Show, since he started…….he has wealth and zero talent.”

Still another disagreed. “I’m sorry but I don’t agree that Kelly is a bad host. I watched her & Mark on the soaps. Always liked her. She might interrupt but her & Ryan are friends. They make a good show.”

And yet others felt that both of them were too busy with their other business ventures and personal lives, with one fan writing that the “’LIVE’ part of Kelly and Ryan hardly exists anymore!”

Ripa joined Regis Philbin on the show in 2001 after Kathy Lee Gifford left.