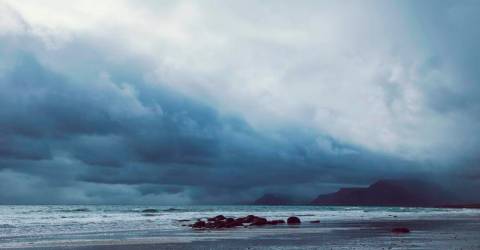 KOTA KINABALU: The Sabah government is ready to face the Northeast Monsoon season, which is expected to be from November to next February, by mobilising a total of 8,432 officers and personnel from various agencies in the state.

State Secretary Datuk Seri Safar Untong said a total of 928 land and 206 water transport vehicles as well as air logistics had been identified and prepared to tackle floods due to the monsoon.

For areas that are difficult to access via land route, Safar said a total of 75 helicopter landing sites had been provided, including in areas near temporary relief centres to facilitate the evacuation of residents and delivery of aid to victims.

“In addition, a total of 608 flood hotspots in Sabah have also been identified,” he told reporters after chairing the Sabah State Disaster Management Committee meeting to discuss preparations to face the monsoon at Menara Kinabalu here today.

Safar said all district officers, who are also District Disaster Management Committee chairmen, have been instructed to be prepared to activate the Disaster Operations Room in their respective districts at any time.

The Sabah government, he said, was always monitoring such issues and taking appropriate steps together with the relevant departments and agencies to ensure the disaster management machinery at all levels could run smoothly.-Bernama