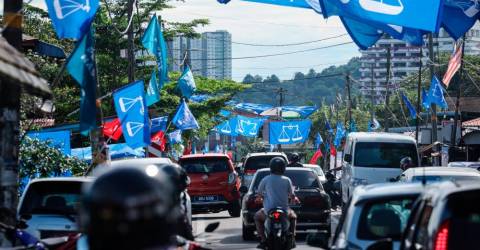 Sabah PAS secretary Dr Aliakbar Gulasan said the state PAS was sticking to its stand to support GRS-BN candidates in the 15th general election (GE15) and regarded Ronald’s candidacy on a Perikatan Nasional (PN) ticket as an anomaly.

“No parties should be blamed in this matter and we follow the central leadership (supporting GRS-BN). We continue to be with our friend GRS,“ he told reporters at a gathering between the media and GRS’s Tawau parliamentary candidate Lo Su Fui here today.

Five-term incumbent Beluran MP Ronald is involved in a five-cornered fight with BN’s Benedict Asmat, who is former Sandakan Municipal Council president, and three others.

Bersatu is a component party of GRS in Sabah but in Peninsular Malaysia it is a member of PN, which includes PAS.

Aliakbar also asked the PAS election machinery in Tawau to vote for Lo Su Fui of Parti Bersatu Sabah (PBS), which is a GRS member, in the national polls on Nov 19.

“In Tawau we have more than 1,000 members and when contesting the Tawau parliamentary seat in the 2018 general election we obtained about 2,500 votes. Every vote counts.

“Although PAS is not contesting (in Sabah) in this election, our machinery will work for a victory for GRS and BN,” he added.