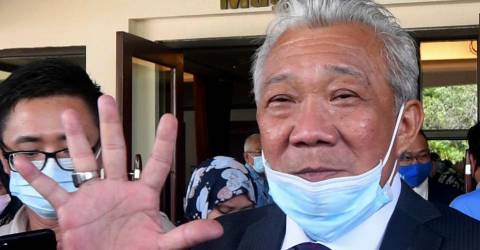 “We will send the machinery and it will be stationed in a polling district to be determined later which includes several state constituencies,“ he said in a statement here, today.

According to Bung Moktar, who is also a member of the Umno Supreme Council, the machinery will carry out door-to-door campaigning in small groups to comply with the standard operating procedures (SOPs) set.

Meanwhile, he called on all Umno leaders from the Wanita, Youth and Puteri divisions to focus on efforts to strengthen the party in their respective divisions.

“We should not think of other things, our priority is to strengthen the party machinery. When our party is solid, we will be respected. Matters regarding candidates and party elections should be set aside first which is important for Umno to be strong and on the right track to face the next General Election,” he said.

On Oct 18, the Election Commission announced that the 15th Melaka state election will be held on Nov 20; nomination day on Nov 8 and early voting on Nov 16.