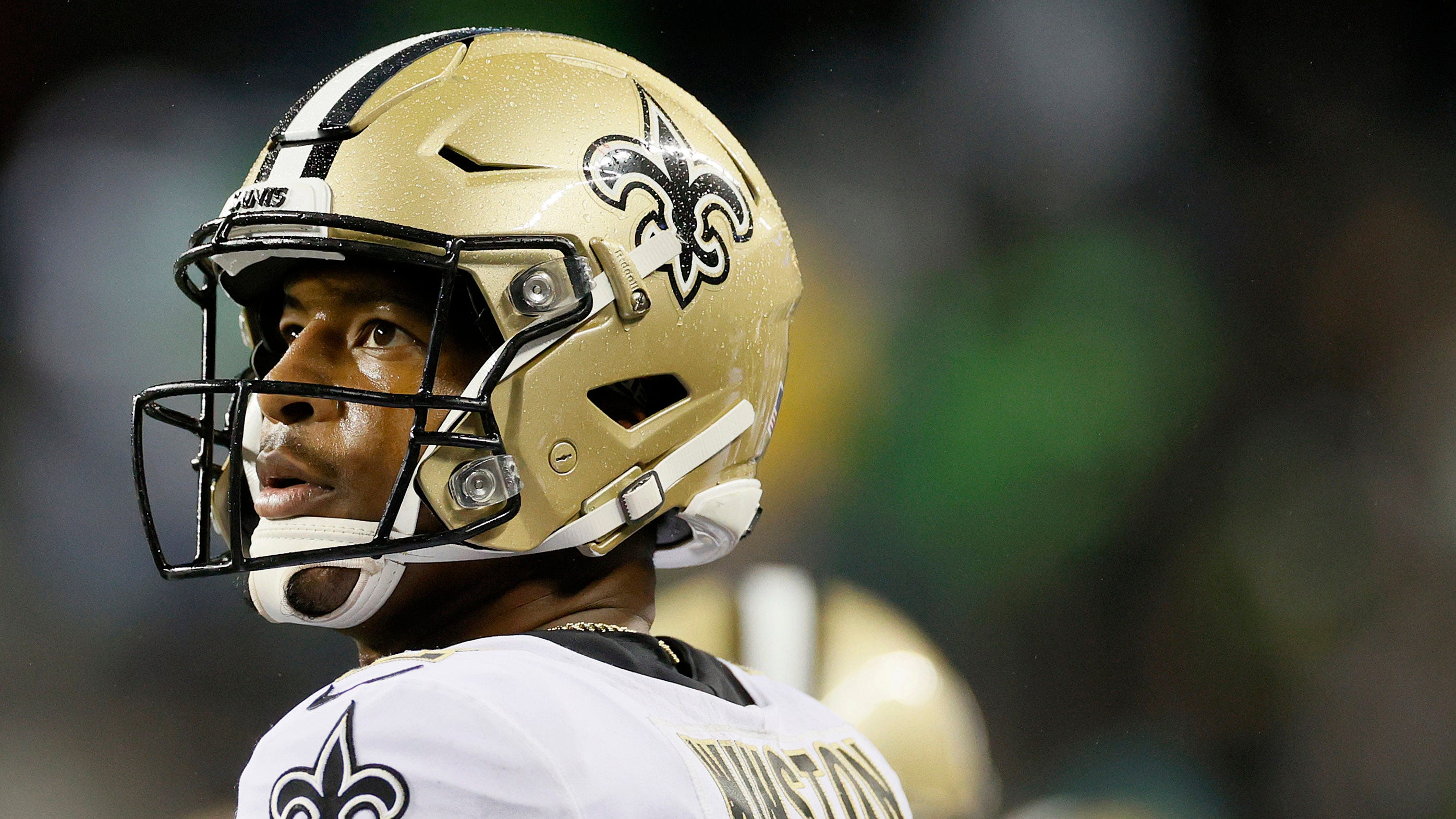 New Orleans Saints quarterback Jameis Winston is certainly looking forward to Sunday’s game against the Tampa Bay Buccaneers but for him, it’s not about revenge.

Winston was drafted by the Bucs with the No. 1 overall pick in 2015 and instantly became the team’s starting quarterback. After a solid rookie season, with several franchise records, Winston slowly began to decline.

DREW BREES SEES POTENTIAL IN JAMEIS WINSTON AS THE FUTURE OF THE SAINTS: ‘HE’S A TREMENDOUS TALENT’

In his final season with the Bucs, he threw an astounding 30 interceptions and was eventually released to make room for Tom Brady, who led Tampa Bay to a Super Bowl that same season.

Tampa Bay Buccaneers quarterback Jameis Winston looks to pass during the first half against the Tennessee Titans in Tampa, Florida, on Sept. 13, 2015.
(AP Photo/Chris O’Meara, File)

Both sides will face off on Sunday evening for the first time since Winston took over as starter but he told reporters this week that it’s not about revenge.

“I’m trying to go out there and beat everybody that we play no matter who it is,” he said, via WWL Radio. “I think that’s the most important thing … that I’ve learned in this league. It’s about winning games. And any way that I can do that, win games, I’m up for that.”

Winston played just four games behind Drew Brees last season but has led the team to a 4-2 record, just second in the NFC South behind the Bucs.

​​”I’ve always been an emotional football player. I think that’s something that I’m trying to work on, being present instead of being stuck in my feelings,” Winston continued. “As a quarterback, we have to be present at all times and aware of everything that’s going on. Sometimes too much emotion can lead us to places that we don’t want to go. I come from a level of gratitude and optimism.”

Jameis Winston of the New Orleans Saints looks on against the Seattle Seahawks during the fourth quarter at Lumen Field on Oct. 25, 2021, in Seattle, Washington.
(Steph Chambers/Getty Images)

Winston has thrown 1,114 yards for 13 touchdowns and 3 interceptions and has 11 sacks this season.