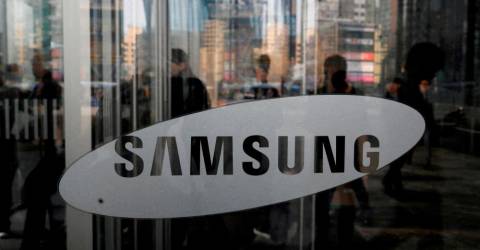 Samsung expected sales in the April-June period to have increased by 21 percent on-year to 77 trillion won. The figure would represent a downgrade from its first-quarter sales of 77.8 trillion won.

Analysts said Samsung was helped by its continued strong performances in the memory chip business, making up for declines in smartphone sales over the period.

“Samsung’s smartphone shipments for the second quarter are expected to be just over 60 million units, which is worse than expected,“ Park Sung-soon, an analyst at Cape Investment & Securities, told AFP.

With memory chips now used in a wide-ranging array of devices and cloud servers — essential for remote working in the pandemic era — the sector has become less dependent on seasonally driven demand for gadgets such as smartphones and laptops.

Samsung Electronics is the flagship subsidiary of the giant Samsung group, by far the largest of the family-controlled empires known as chaebols that dominate business in South Korea.

The conglomerate’s overall turnover is equivalent to about one-fifth of South Korea’s gross domestic product.-AFP