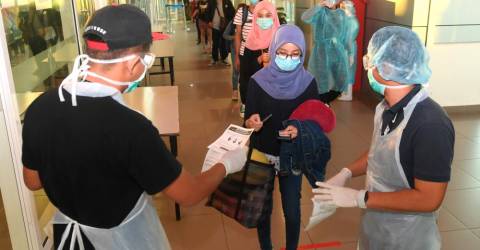 SANDAKAN: The Sandakan Airport expansion project costing RM80.9 million is expected to be completed by the end of this year.

According to a Transport Ministry (MOT) statement, its secretary-general Datuk Isham Ishak viewed the project today and found that the physical progress of the project was now at 73 per cent.

“Meanwhile, for the taxiway section, the remaining work is completion of the paving works including the markings and remaining installation work for the aeronautical lighting system,“ the statement said.

The project, implemented under the 11th Malaysia Plan, with the project scope involving extension of the runway from 2,133 metres to 2,500 metres, construction of a new connecting taxiway, widening of the aircraft parking areas and upgrading of the flight navigation equipment.

The project is being implemented in line with the government’s aim of boosting Sabah’s tourism industry, especially in Sandakan. –Bernama