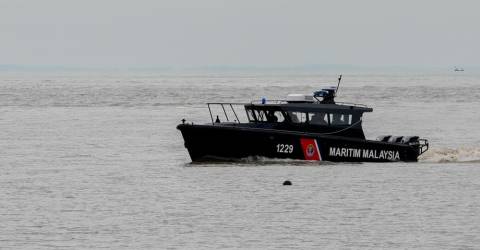 JOHOR BAHRU: The search and rescue (SAR) operation for four foreign divers reported missing in Pulau Tokong Sanggol, Mersing, at noon today was postponed at 7. 30 pm due to poor visibility.

“The search today involved an area of 21.45 sq nautical miles,” he said in a statement tonight.

Nurul Hizam said the operation was conducted in rough weather conditions with wind speeds of between 10 to 20 km per hour (km/h) and waves of between 0.5 to 1 metre.

In the incident at noon today, a 14-year-old Dutch boy, a 46-year-old British man, an 18-year-old French girl and a 35-year-old Norwegian woman believed to be a diving coach, were found missing when conducting diving training about nine nautical miles from Tanjung Leman, Mersing.

He said a missing report was lodged by the boat skipper who was taking the divers when the four did not surface from their diving session at around noon.