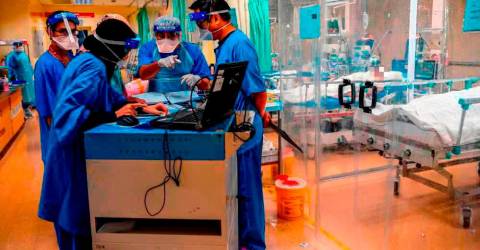 KOTA SAMARAHAN: Sarawak intends to produce a total of 200 doctors within the next five years to meet the need for medical specialists in all hospitals in the state, including in rural areas, said Premier Tan Sri Abang Johari Tun Openg.

He said that to achieve the target, Yayasan Sarawak is offering scholarships to medical graduates to undergo advanced courses in specific areas of expertise.

“The doctor-population (Sarawak) ratio is still very low. Unimas (Universiti Malaysia Sarawak) has its own hospital, so medical students can undergo housemanship at the Unimas Hospital,” he told a media conference after attending the second session of the 26th Unimas Convocation today.

He also said that the state government would identify other fields with the potential for their students to receive scholarships through the foundation, in line with the state’s economic transformation agenda by 2030.

A total of 574 graduates obtained their respective degrees at the second session of the convocation, which was officiated by Abang Johari, who is also the Unimas Pro-Chancellor.