By Jonathan Chadwick For Mailonline

Materials scientists have created a ‘hyper’ glue robust enough for use in heavy duty protective gear by developing ultra-strong connections at the molecular level.

The liquid adhesive, developed by Canadian researchers with specially-developed ‘cross-linking’ molecules, can bind plastics better than any commercial glues.

In demonstrations, two pieces of plastic secured by the glue appeared impossible to break under human force.

The Canadian government is backing a project to use the glue in bulletproof clothing for emergency responders.

WHAT IS THE CROSS-LINKING TECHNIQUE?

This allows the cross-linking of essentially any organic polymer

‘By using this cross-linking technology, we’re better able to strongly fuse together different layers of fabric types to create the next generation of clothing for extreme environments,’ said organic chemistry Professor Jeremy Wulff at the University of Victoria, Canada.

‘At the same time, the cross-linker provides additional material strength to the fabric itself.’

The technique, called cross-linking, consists of a new, stronger type of chemical reaction that takes place when exposed to heat or long-wave UV light.

The team used bisdiazirine molecules as cross-linking agents, which can be activated by heat or light to form carbenes.

Carbenes are highly reactive molecules that readily insert into the polymer carbon-hydrogen bonds — forming an ultra-strong connection between the two materials.

The glue is both impact- and corrosion-resistant on a range of materials on which commercial glues can be ineffective — including polyethylene, which is used to manufacture bottles and piping.

Professor Abbas Milani, director of UBC’s Materials and Manufacturing Research Institute. ‘In fact, commercially available glues didn’t work at all on these materials, making our discovery an impressive foundation for a wide range of important uses.’ 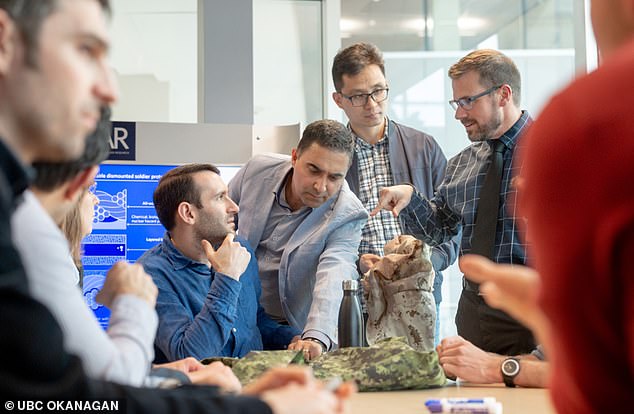 University of British Columbia and University of Victoria researchers are part of the COMFORTS network, which is using hyper glue to develop protective gear 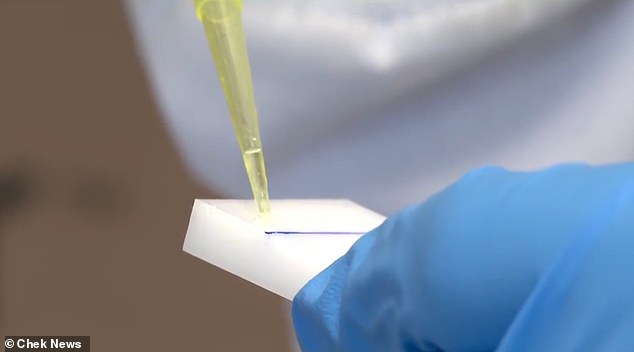 The hyper glue has applications in clothing, medical implants and corrosion-resistant residential plumbing and can create a seemingly unbreakable bond between materials that wouldn’t normally stick, such as plastic and textiles.

For this reason, the researchers are using the glue to develop smart textile solutions for Canadian soldiers including ballistic protection for official personnel.

The Canadian government has invested $1.5 million in the so-called Comfort-Optimized Materials for Operational Resilience, Thermal-transport and Survivability (COMFORTS) network, which is also involved in moisture management and thermal resistance testing.

The research was published recently in the journal Science.