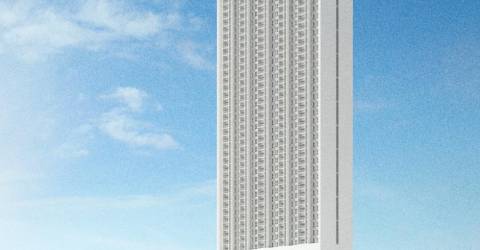 To date, some 90% of the project has been sold.

The property has many retail conveniences within walking distance as it is across the road from Sunway Velocity Mall with other nearby shopping destinations and retail outlets including Ikea, MyTown and AEON Taman Maluri. Una is also roughly 3km away from other attractions such as Pavilion Kuala Lumpur and the Jalan Bukit Bintang belt as well as Kenanga Wholesale City.

In addition, a number of other landmarks are set to open including the Merdeka 118, The Exchange TRX and Mitsui Shopping Park Lalaport KL – all within a few km radius.

Transport wise, the 46-storey development is located near to the Maluri and Cochrane MRT stations, Rapid KL bus stops as well as major highways such as Smart, MEX and Besraya.

SDB head of sales and marketing Khong Wei Chung pointed out that one of the key features of Una is a well-configured space, especially for young couples and families.

He elaborated that each apartment features a rectilinear layout to eliminate unused spaces, together with a utilitarian balcony, and extensive window panels that allow for natural light penetration and ventilation.

“Residents are also surrounded by greenery with bountiful plants and flowers planted in the outdoor pool, sky garden and other communal areas in line with Una’s ‘spatial sanctuary’ concept,” he said in a statement.

Una is also equipped with safety and security features as each apartment is connected to the main entrance lobby and security office via intercom and the use of access key cards limits entry floor unit level and common areas to residents only.