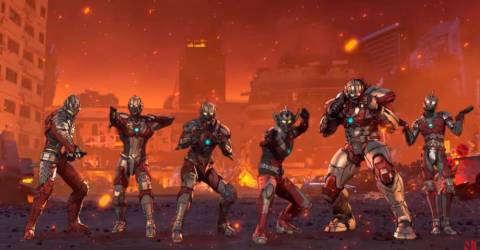 FANS of the Warrior of Light have something to look forward to this week, as season 2 of Ultraman debuts on Netflix on April 14.

First released in 2019, the Tsuburaya Productions-backed anime series, which is based on a manga by author Eiichi Shimizu and artist Tomohiro Shimoguchi, became a global hit with Ultraman fans worldwide.

The manga series turns the origin story of the famed alien hero on its head, and introduced Shinjiro Hayata, the son of the original Ultraman host Shin Hayata. The first season showed how the teenage Shinjiro discovers his heritage and comes to grip with his powers, gaining a powerful suit that allows him to fight various aliens causing trouble on earth. At the same time, he learns to fight alongside allies and fellow Ultramen, Seven and Ace.

The second season sees the emergence of six heroes (Ultraman, Seven, Ace, Zoffy, Jack and Taro) who will eventually carry on the tradition of the legendary six Ultra Brothers. Together, they must face the ultimate threat – an alien presence that seeks to destroy life on earth as they know it.

Watch the season 2 trailer below: