She is one of the biggest stars in film and music.

And Selena Gomez sparkled as she celebrated the release of her latest and ‘most honest’ album, Rare, on Thursday.

The Hands To Myself songstress, 27 dazzled with lashings of face glitter as she playfully bit down on a copy of her third studio album, Rare.

‘Hope you like it’: Selena Gomez sparkled as she celebrated the release of her latest and ‘most honest’album, Rare, on Thursday

She captioned the image:  ‘Verified HERE IT IS!!! My album is officially out in the universe.. thank you for the souls that worked on this with me. Now it’s yours. Hope you like it. [rainbow and flower emojis] #Rare’

The brunette beauty added an extra touch of glitz as she sported a shiny gold dress for the artsy snap.

Her locks were styled in loose waves while her pretty features were enhanced with fluttery lashes, gold shadow and frosted pink lipstick.

The star revealed she nearly released the record two years ago saying: ‘Honestly, this album was kind of a nightmare to deal with, but in the best way possible. 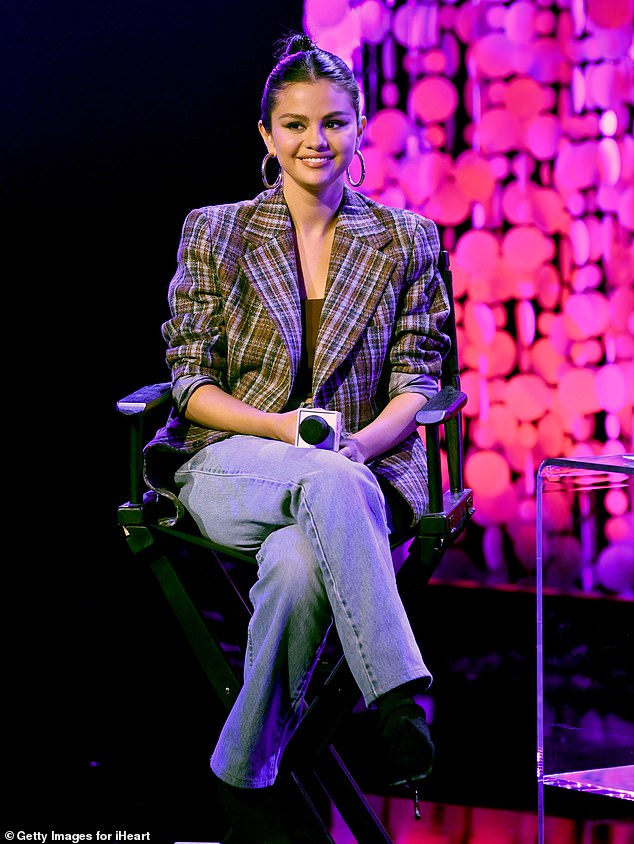 Chic: Selena looked chic in a tweed blazer and boyfriend jeans as she spoke at iHeartRadio on Thursday 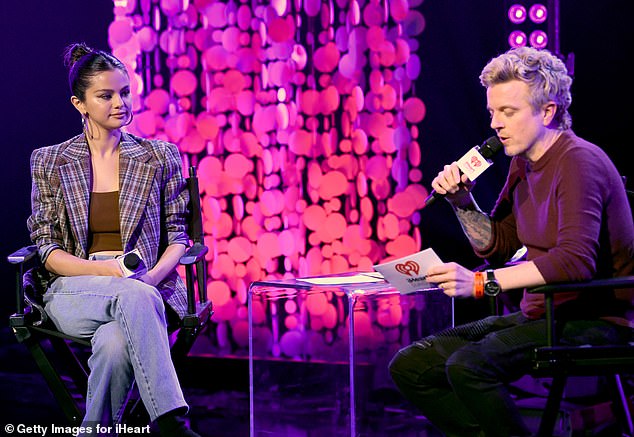 Focused: The star looked sensational as she spoke with host JoJo Wright 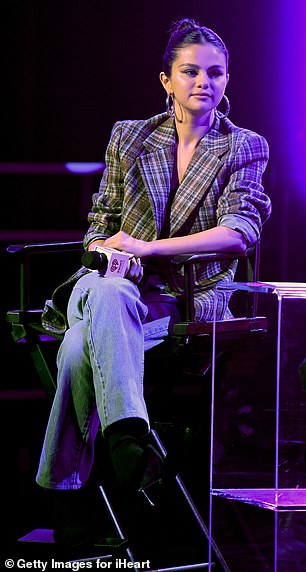 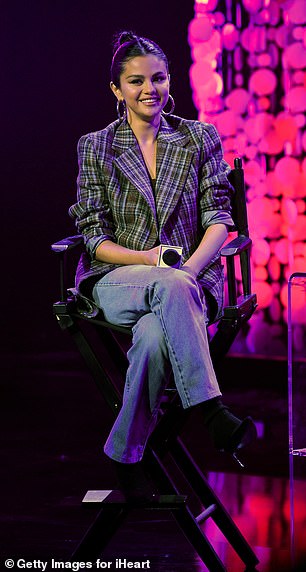 Radiant: Selena wore her tresses in a chic bun and wore a radiant palette of make-up

‘I thought that I was so ready like two years ago … I had collected all of these sessions, beautiful sessions, that I don’t even remember half of them because it evolved each year.’

This came after a revealing interview in which she touched on the battle she has had with mental health issues over the years.

The star told the WSJ Magazine’s February Talents And Legends Issue, which will hit newsstands on January 18, that she is much better now.

‘I found out I do suffer from mental health issues,’ the 27-year-old star confessed. ‘And, honestly, that was such a relief. I realized that there was a way to get help and to find people that you trust. I got on the right medication, and my life has been completely changed.’ 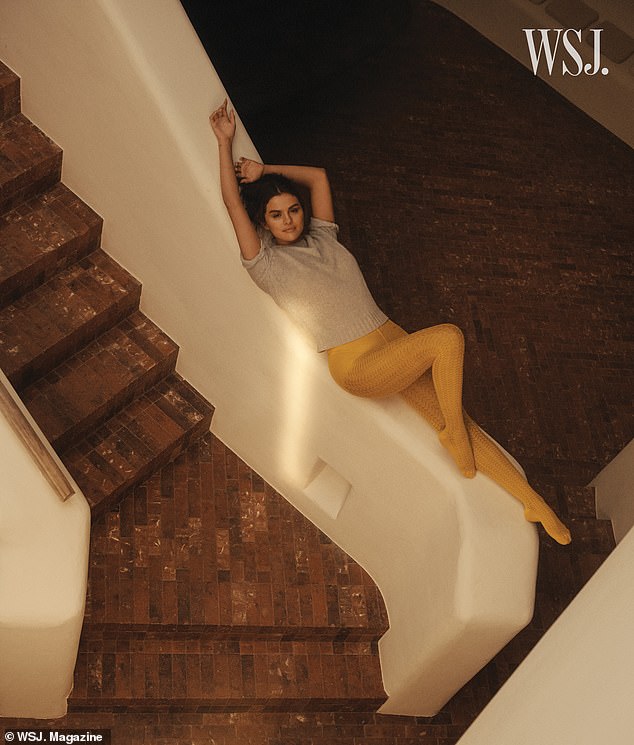 Better and better: Selena Gomez has been battling mental health issues for years. But the star told the WSJ Magazine’s February Talents And Legends Issue , which will hit newsstands on January 18, that she is much better now 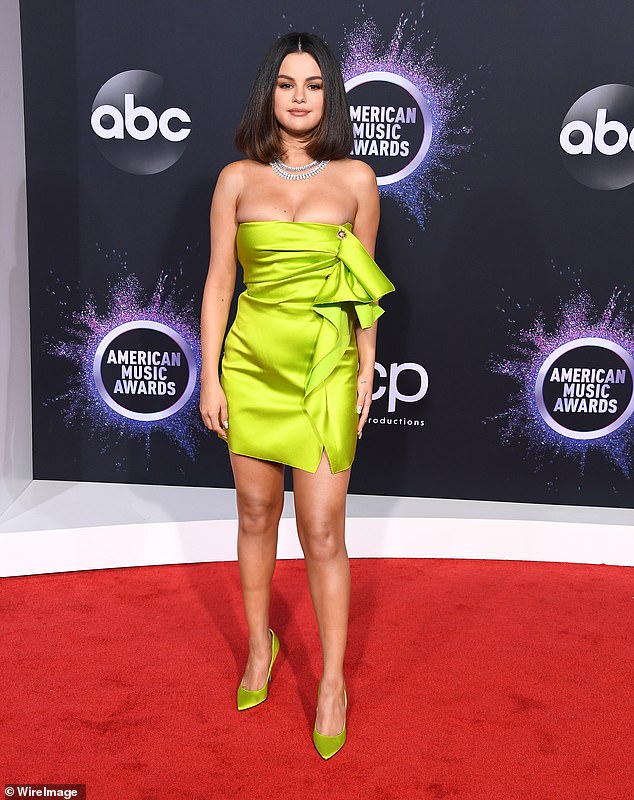 Her amazing comeback: The siren has a new album out this year and has slayed red carpets; seen here in November in LA

The former Barney star continued: ‘My highs were really high, and my lows would take me out for weeks at a time.’

Gomez has now been working with therapists for more than six years, she told WSJ Magazine.

And she has ‘been in and out of treatment facilities.’

What has also helped is staying off Instagram which struck some as strange because she has a stunning 165M followers, more than Kim Kardashian and Katy Perry.

‘I’d rather stay away from anything that’s going to make me feel like s***,’ she said.

‘I got back on [Instagram] because I was releasing music, but I just told my best friend Courtney [Lopez] yesterday, I’m going to have to take it off my phone again soon,’ she says. ‘They know I have an addictive personality, and it can be unhealthy.’ 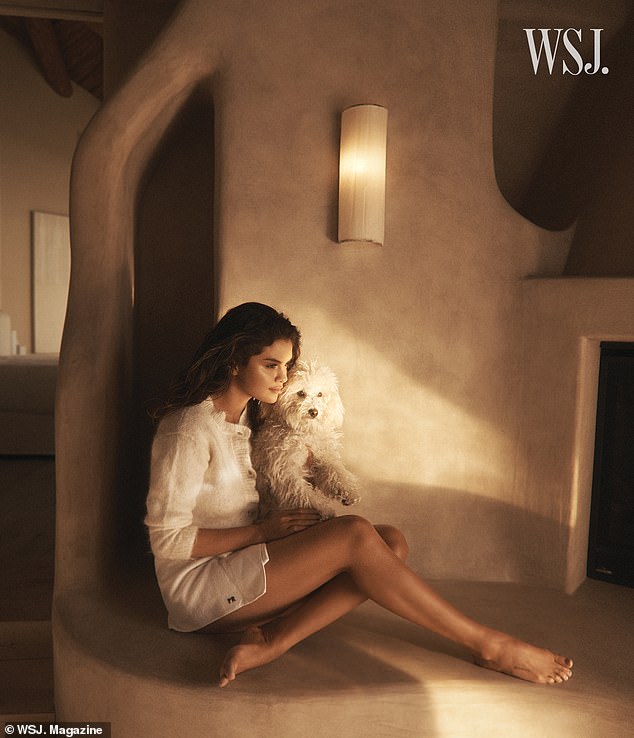 She got help: ‘I found out I do suffer from mental health issues,’ the 27-year-old star confessed. ‘And, honestly, that was such a relief’

‘I feel like I was supposed to go through everything I’ve gone through.’

‘I had low self-esteem, and that’s something I work on continuously. But I feel so empowered because I’ve gained so much knowledge about what was going on mentally,’ she said.

She also talked about suffering from Lupus, which involved her getting a kidney transplant. 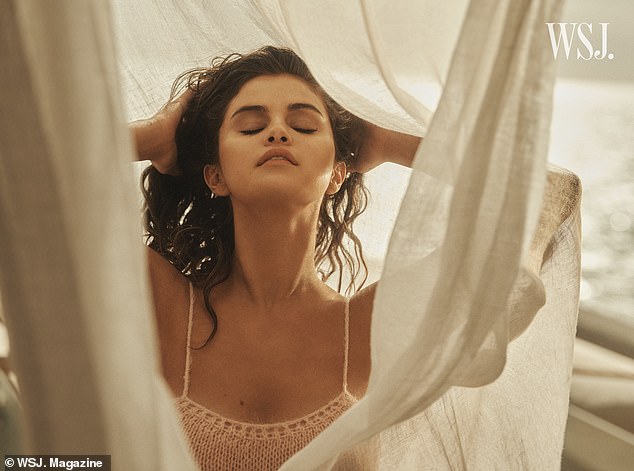 New meds:’ I realized that there was a way to get help and to find people that you trust. I got on the right medication, and my life has been completely changed,’ said the former child star

‘The lupus was a huge thing that happened to me, then the kidney thing happened, and that was the scariest because, yeah, you could actually die,’ she says. The transplant was a two-hour surgery.

‘The moment I came out I remember starting to shake and my mom screaming and then being put back under,’ she recalled.

Due to complications, the surgery lasted another seven hours, and in the process her doctors had to use arteries from her legs, reported the WSJ Magazine

‘That’s what makes you go, You know what, I’m just so happy to be alive,’ she added. 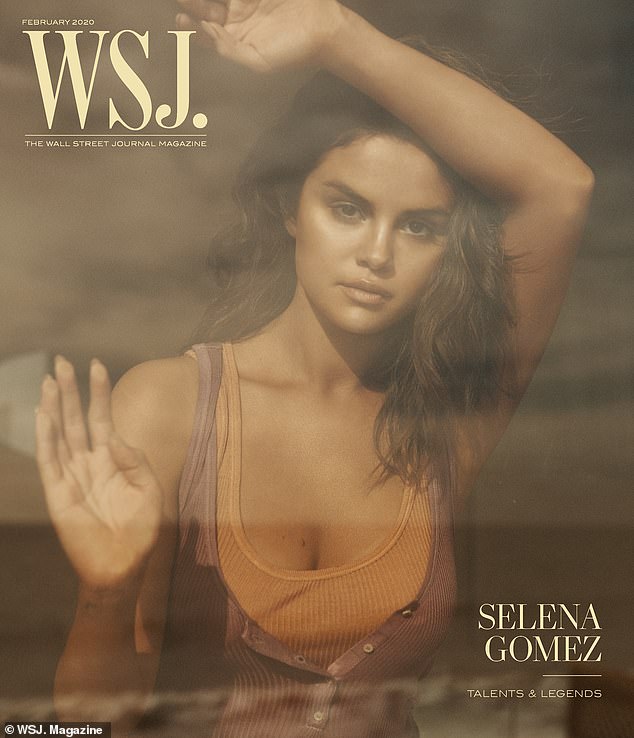 New life: The former Barney star continued: ‘My highs were really high, and my lows would take me out for weeks at a time.’ Gomez has now been working with therapists for more than six years, she told WSJ Magazine 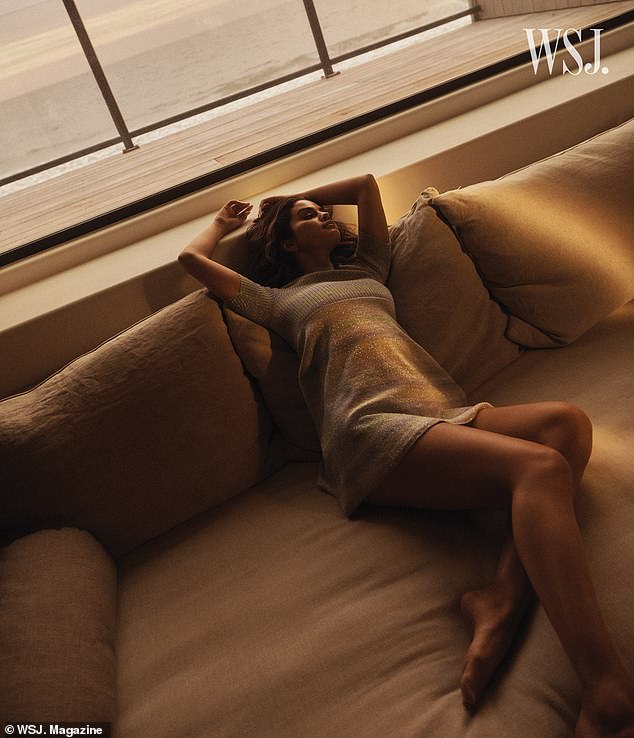 Bye social media: What has also helped is staying off Instagram which struck some as strange because she has a stunning 165M followers, more than Kim Kardashian and Katy Perry. ‘I’d rather stay away from anything that’s going to make me feel like s***,’ she said

Her Rare album is a reflection of her painful 2018 split from Justin Bieber and his subsequent romance with Hailey Baldwin.

The former Disney star now admits that she was so derailed by his change of heart that she has been single ever since. ‘I need time by myself,’ the cover girl shared. ‘I love going to my room at the end of the day. Just me and my dog. I got the full granny panties situation, stretched out in my bed.’

And all those men she has been linked to since 2018 like One Direction vet Niall Horan? All friends.

‘I’ve been single for over two years now,’ she confirmed.

And her writing partner Julia Michaels also said that Selena has confessed that she wants a new boyfriend.

‘Justin [Tranter] and I will go to the studio before [Gomez arrives] and gather ideas,’ Michaels said.

‘I’ll text her to say, ‘What kind of mood are you in?’ One time she responded, ‘I’m feeling strong and happy,’ and then she said at the end of the text: ‘I really just want a boyfriend.”

‘I thought we should do a song about it. Of the resultant song, I Want a Boyfriend, Tranter says, ‘One of the lyrics is about a fine line between a want and a need. Yes, she wants a boyfriend, but it’s not a need. She’s OK on her own, and we all should be too.’ 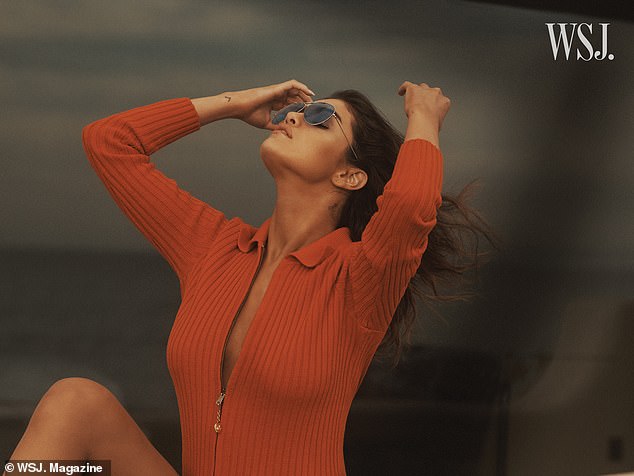 Solo and hotter than ever: Her single Lose You To Love Me about erasing Justin from her life hit the #1 spot on music charts 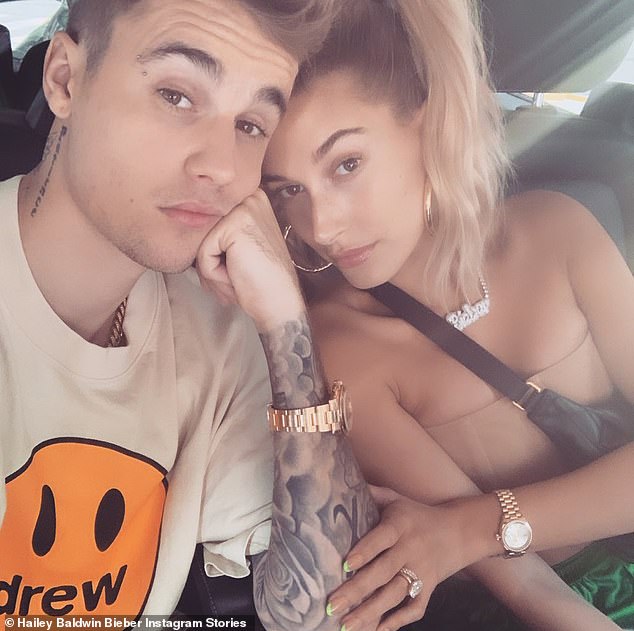 So painful: After she split from Bieber in early 2018, he started dating Hailey Baldwin. They soon after became engaged and then they wed in the summer of 2018 with another wedding in 2019

‘This is the first time I’ve heard her truly channel the details of her emotional experience,’ said Swift.

‘I just thought, Wow, she’s finally allowing herself to let other people know things aren’t always OK. You can be vulnerable and lonely and independent and strong and brave and scared all at once.’

The two have stayed tight through highs and lows including Selena’s split with Taylor’s pal Justin. 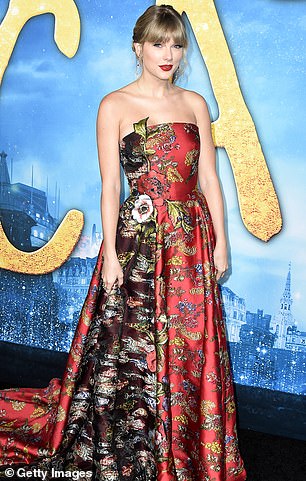 ‘I knew from when I met her I would always have her back. In my life, I have the ability to forgive people who have hurt me. But I don’t know if I can forgive someone who hurts her.’

Selena said of Taylor: ‘We clicked instantly and, man, that was my girl.

‘We both went through s*** at the same time. She taught me a lot about how I should be treated at a young age.

‘There’s so much of my friendship with Taylor that people don’t know about because we don’t necessarily feel the need to post about everything we do,’ Gomez explained.

‘She has showed up for me in ways that I would have never expected. Flown in because I was hurt and was going through something. Stuff that was going on with my family. It’s been proven year after year and in every moment of my life that she is one of my best friends in the world. We don’t agree on everything, but we respect each other with everything.’

Though Gomez is known mostly as a singer, she has a strong acting background.

She was on the TV series Wizards Of Waverly Place for years and has starred in movies like Monte Carlo and Spring Breakers.

And she wants to get back to it.

‘I find that I look too young most of the time, or people can’t separate the two [the real Selena from a character], which bums me out. So I continue to audition, and I just have to wait for whenever my time is.’