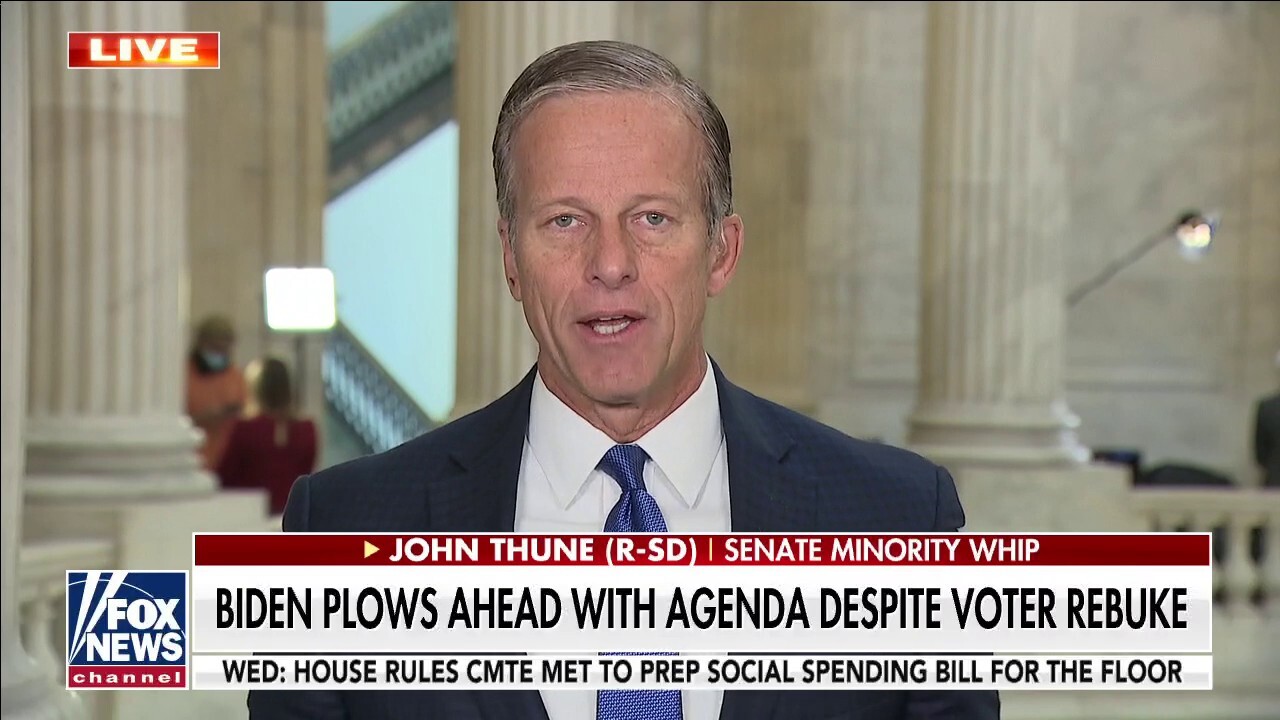 Sen. John Thune, R-S.D., touted the Republican Party’s election victories, calling them a “repudiation” to the Democrats’ policies and a “response to the Biden agenda.” Sen. Thune joined “America’s Newsroom” on Thursday to discuss the victories, calling the response a “clear message” Americans are fed up with left-wing policies.

JOHN THUNE: The clear message coming out of the elections on Tuesday night was that there was a rejection, a repudiation, of this…big government approach that Democrats here in Washington are taking, and I don’t know how you can conclude any other way. I mean, obviously in Virginia, we saw a historic victory and in New Jersey, a very close race. But in both cases, I think it was a response to the Biden agenda and the American people saying, ‘I don’t want this, this isn’t what I voted for.’ And so I think they’re [Dems]… completely misinterpreting that message. I think they have to double down now. I mean, maybe they don’t have any alternative because they’ve gotten themselves so extended out there.