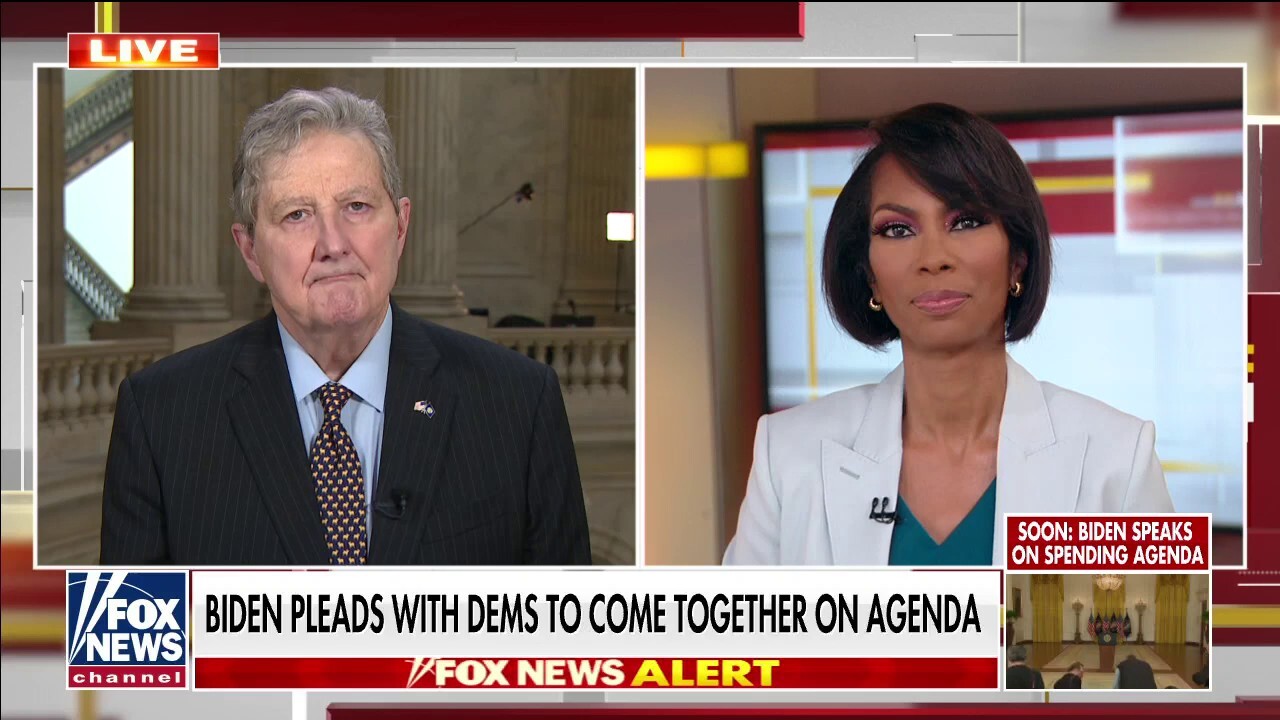 Senator John Kennedy provided insight into what he’s seen from congressional Democrats, saying the members are “in total disarray.” On “The Faulkner Focus,” he poked fun at Democrats for touting their “framework” despite having little to show. He warned that they plan to implement tax policy and “class warfare” that will crush small businesses.

SEN. JOHN KENNEDY: Here’s what I’ve observed. The Democrats are pretty much in total disarray. President Biden is sort of like Kevin Bacon at the end of ‘Animal House,’ when people were stampeding him and he’s saying, ‘calm down, be calm. Everything’s under control.’ They say they have a ‘framework.’ To me, a framework is when your car has two wheels down, its axle dragging, you’re in the ditch, you don’t have any help and you tell your spouse, ‘Honey, I’ve got a framework to get us out of this ditch.’

I think people who are successful financially should be applauded, not criticized in America. But I love this term framework. And I’ve seen a little of it. I know this: They’re going to try to crush small business, and they’re making tax policy on the basis of class warfare.