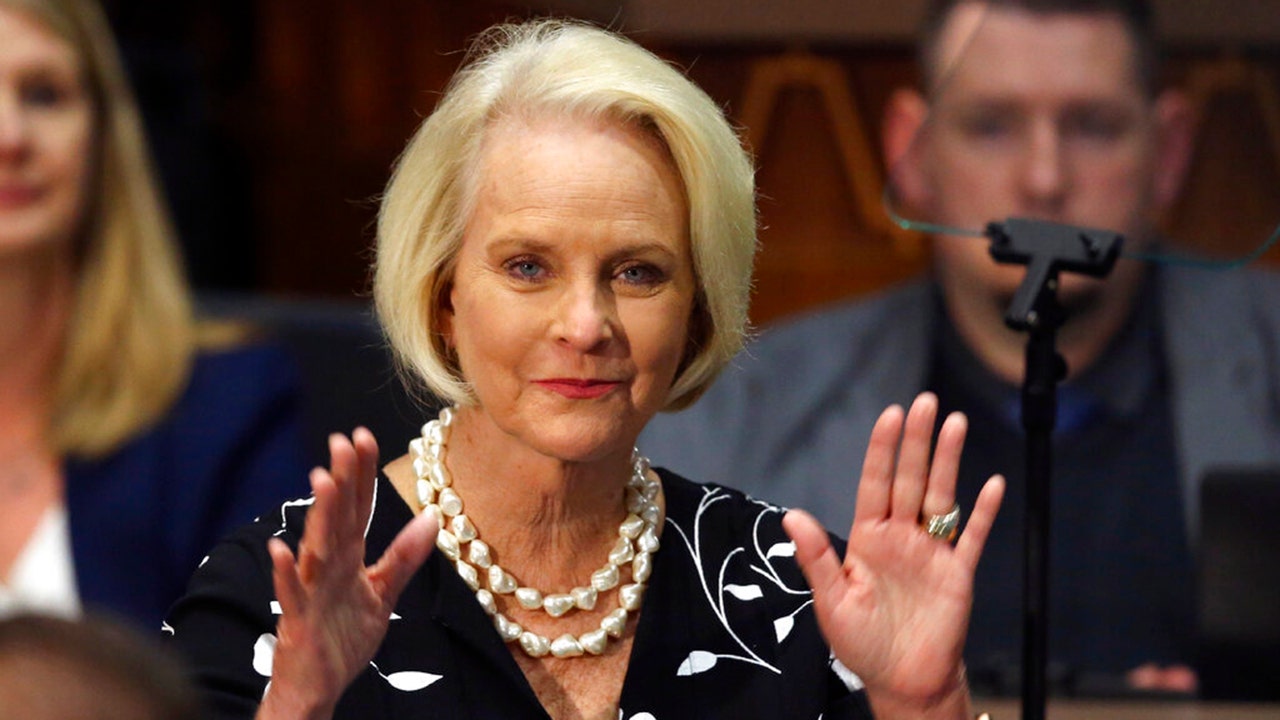 The Senate confirmed Cindy McCain, the widow of the late Republican Sen. John McCain, as the U.S. representative to the United Nations Agencies for Food and Agriculture.

McCain was confirmed by a voice vote in the Senate on Tuesday after being nominated to the post by President Biden earlier this year.

Cindy McCain, wife of the late U.S. Sen. John McCain, pauses while presenting the inaugural John McCain Prize for Leadership in Public Service to the People of the island of Lesbos, Greece at the Halifax International Security Forum in Halifax on Saturday, Nov. 17, 2018.  (Darren Calabrese /The Canadian Press via AP)

“It’s official!!” McCain posted on Twitter in response to the vote.

Cindy McCain, seated behind U.S. Secretary of Defense Robert Gates, was in attendance at the 2008 game. Senator John McCain and his wife’s son Jack was a senior at the Naval Academy at the time. Sen. McCain is also a graduate of the Academy, as a member of the Class of 1958.&amp;#160;
(Reuters)

Both Flake and McCain endorsed President Biden in the 2020 presidential race and both were also vocal critics of former President Donald Trump.

Flake wrote in a Medium post this summer that Biden’s move to nominate him as an ambassador “reaffirms the best tradition of American foreign policy and diplomacy: the credo that partisan politics should stop at the water’s edge.”

“U.S. foreign policy can and should be bipartisan,” Flake said. “That is my belief as well, and my commitment.”