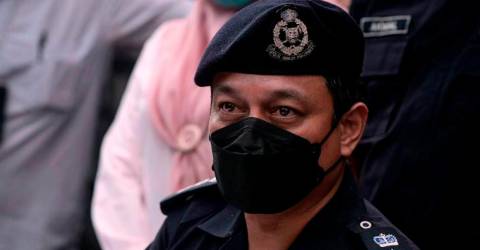 KUALA LUMPUR: Walking in front of a house is said to be the cause of a senior citizen being hacked, believed to be by his neighbour in Kampung Baru Ampang here yesterday.

The 64-year-old man was injured in the left hand and was sent to Ampang Hospital for treatment.

Police arrested a 38-year-old man at 5.45 pm yesterday and seized a knife believed to have been used in the incident, said Ampang Jaya District Police Chief ACP Mohamad Farouk Eshak(pix).

“The suspect was said to be unhappy when the victim passed in front of him while he was there.

“Police are also investigating whether there is a possibility that the unemployed victim provoked the suspect while he was there,“ he said in a statement here today.

He said the initial police investigation found they had been neighbours for five years and the man arrested had four drug-related records.-Bernama