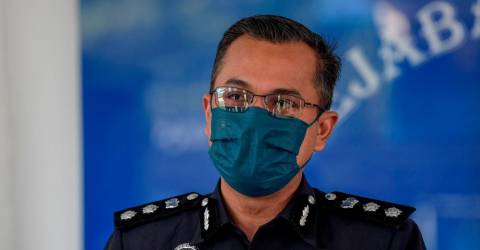 KUALA LUMPUR: A senior manager of an insurance company has lost over RM600,000 from being cheated by a bitcoin investment syndicate since October.

Petaling Jaya police chief ACP Mohd Fakhrudin Abdul Hamid (pix) said the 40-year-old local woman got involved in bitcoin investments through a mobile phone application believed to be introduced to her by a foreign man.

He said the victim got to know the man who used an international phone number in early October.

“The victim became suspicious when the money she invested did not yield any returns, and subsequently, lodged a police report,“ he said in a statement today.

He also advised the public to be wary of those they meet online, and not be easily influenced by them.