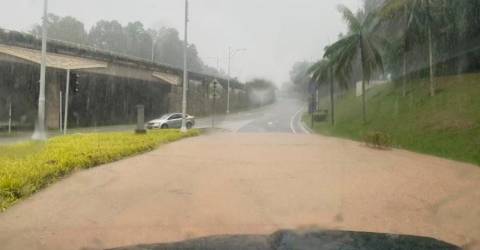 Selangor Fire and Rescue Department (JBPM) director Norazam Khamis said in Dengkil, the floodwater was receding in some areas, such as Taman Delima Jaya and Taman Delima, as the rain began to stop.

“Apart from that, we always monitor the situation through CCTVs, and I believe the Putrajaya Corporation (PPj) task force is also monitoring the situation,” he said.

Putrajaya district police chief ACP A. Asmadi Abdul Aziz said police received a report on a flash flood incident at the Precinct 5 tunnel, but the problem was solved by the swift action of the PPj task force and JBPM.

“We also received reports on flash floods in several other locations, but the water has subsided. The public can refer to JBPM and PPj Facebook page for updates,” he said.-Bernama