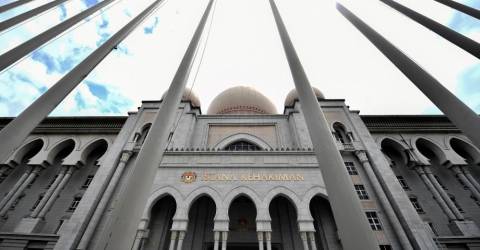 PUTRAJAYA: The Court of Appeal today dismissed Serba Dinamik Holdings Bhd’s application for stay of a High Court order for the company to make public the Factual Findings Update (FFU) by Ernst & Young Consulting Sdn Bhd on its finances pending disposal of an appeal.

Serba Dinamik had sought for the stay order pending disposal of its appeal in the Court of Appeal against a High Court’s decision, last Feb 7, directing the oil and gas company to make a public announcement of the FFU by Ernst & Young Consulting.

In the court’s unanimous decision, Justice Lee, who led the panel, said the court found no merits in Serba Dinamik’s application for a stay order as the company had not shown any special or exceptional circumstances to be given the stay order.

He said the court was satisfied that the appeal would not be nugatory if Serba Dinamik was successful in its appeal.

Justice Lee said that Bursa Malaysia Securities Berhad’s rules on disclosure was binding on Serba Dinamik and that public shareholders were entitled to know what had happened.

“Bursa is not asking the applicant (Serba Dinamik) to agree to the contents of the EY (Ernst & Young Consulting) report and that the applicant has the liberty to disagree with the report and inform Bursa in the announcement,“ he said, adding that it was for the public to judge.

The bourse regulator and operator had on Nov 23, 2021 started legal action against Serba Dinamik after the company failed to comply with Bursa’s directive, dated Oct 22, 2021, requiring the company to disclose the material findings of FFU made by Ernst & Young Consulting.

Serba Dinamik had also filed an action against Bursa and Ernst Young Consulting in a bid to prevent them from disclosing the FFU and other related matters which was dismissed by another High Court.

On Feb 14 this year, the High Court also rejected Serba Dinamik’s application for a stay of the High Court’s order for the company to make a public announcement of the FFU.