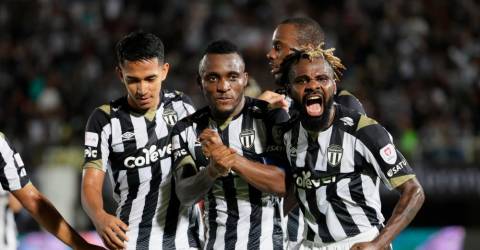 KUALA LUMPUR: Selangor FC had no problem advancing to the semi-finals of the Malaysia Cup with a 4-2 aggregate score following a 2-2 draw against Negeri Sembilan FC in the second leg of the quarter-finals at the Tuanku Abdul Rahman Stadium in Paroi, tonight.

The 33-time champions will face this season’s Super League runners-up, Terengganu FC, who also confirmed their place in the semi-finals tonight by defeating the reigning champions Kuala Lumpur (KL) City FC, 3-1, at home.

However, a mistake by Selangor defender Quentin Cheng, who brought down Mohamad Zamri Ramli in the box led to a penalty for Negeri Sembilan which was converted by Matheus Alves in the 25th minute.

Jordanian import Yazan Al-Arab then put Selangor back in front in the 45th minute through a volley from outside the penalty box that beat goalkeeper Ahmad Syihan Hazmi Mohamed before Negeri Sembilan once again equalised just before the break.

Captain Mohamad Zaquan Adha Abd Radzak took advantage of a pass from Ahmad Khuzaimi Piee in a scramble in front of the Selangor goal in injury time of the first half.

In the second half, Selangor had several excellent opportunities to score, including Hein Ntet Aung’s golden opportunity in a one-on-one situation with Ahmad Syihan at the end of the game, but the national goalkeeper saved it.

Meanwhile, at the Sultan Mizan Zainal Abidin Stadium in Gong Badak, Terengganu’s 3-1 victory over KL City FC saw them advance with an aggregate score of 4-1.

The home team opened the scoring through Filipino-German Manuel Ott’s strike in the 21st minute, but KL City equalised in the 45th minute, thanks to a fine finish by their upcoming striker, Haqimi Azim Rosli.

Ott missed the chance to score his second personal goal in the 53rd minute after his effort from outside the penalty box just missed the post but team captain Kipre Tchetche made up for it when he put in the second goal for Mohd Nafuzi’s Mohd Zain’s side in the 62nd minute.

It was then the turn of sensational import Kpah Sherman to get onto the scoresheet in the 89th minute, much to the cheer of over 25,000 supporters of the Turtle Squad at the stadium.

The last time Selangor and Terengganu met in the semi-finals of the Malaysia Cup was in 2011, which saw Terengganu record a 4-1 aggregate win with Abdul Manaf Mamat emerging as the hero, scoring three of the team’s four goals.-Bernama