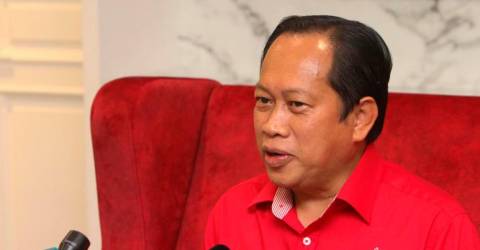 KUALA LUMPUR: Four Umno members who are representing other parties or standing as Independents in the 15th General Election (GE15) have have been expelled from the party, said Umno secretary-general Datuk Seri Ahmad Maslan (pix).

“The termination of membership of these four is in line with Clause 20.11 of the Umno Constitution which stipulates that “a member who wins and leaves the party to stand as an Independent candidate or for a rival party in the Dewan Rakyat (Parliamentary seat) and State Legislative Assembly elections will automatically have their membership revoked.

“With the termination, their positions in the Umno divisions will be assumed by the respective deputy heads of the divisions,“ he said in a statement today.

Ahmad said some other members, including those seen accompanying the four candidates during the nomination process, could be deemed as supporting candidates of an opposing ‘party’ and would be investigated.-Bernama