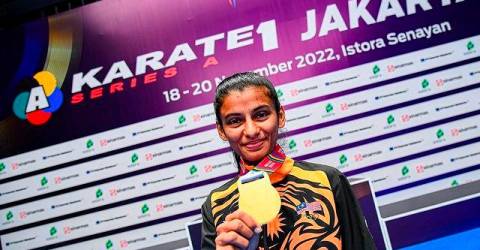 According to the WKF website at www.wkf.net, Shahmalarani achieved the success in the final of the women’s kumite under-50 kg after defeating Indonesian Annisa Nur Anggraini 5-2.

It was also the fourth gold medal of this year for the 24-year-old Malaysian following the 31st SEA Games in Hanoi, the 2022 Asean University Games and the Finnish Open.

At the K1 tournament in Indonesia, the national karate squad also won the bronze medal in the women’s team kata.