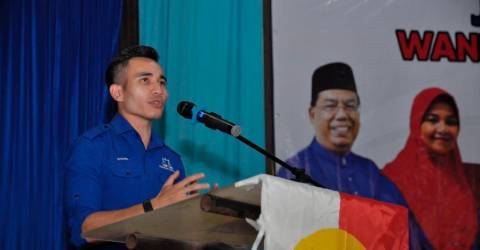 KUALA LUMPUR: Another fresh face was named by Barisan Nasional (BN) contest for a seat for the upcoming General Election (GE15) is Shahril Hamdan.

The Umno information chief has joined the list to contest for a seat in Alor Gajah.

Shahril told reporters after the candidate naming session, that he is honored by the choice made by the leadership to pick him to run for a seat in Malacca in this GE15.

When asked about the issues that he will be highlighting in Alor Gajah, Shahril said he will release a set of his own offerring after the announcement of manifesto by the central leadership.

“I know the contender for the seat from other party is quite tough since former chief minister is also contesting for the same seat.

“I know the issues that surrounds Alor Gajah and what the youth wants among other things. I will try serve my best and continue to do so for the people,” he said.