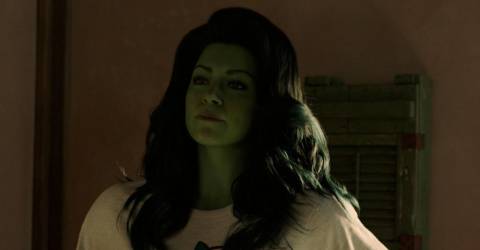 AT first, Tatiana Maslany was a bit hesitant to join the Marvel Cinematic Universe.

The She-Hulk: Attorney at Law actress said: “I’ve always sought out character-based work and stories that don’t have to occupy a massive global space. … But when I read this script, I was like, ‘This is so not what I expected.’ This is a deeply human story. And it is so funny and embarrassingly kind of mundane, in a great way.”

In the MCU series, Jennifer Walters (Maslany) must learn to work with her cousin Bruce Banner (Mark Ruffalo) as a Hulk, all while taking on threats both in the real world and the courtroom.

She-Hulk: Attorney at Law, which is currently streaming on Disney+ Hotstar, recently came under scrutiny as a female-led series following the recent controversial cancellation of the nearly completed Batgirl, a superhero project that featured a Latinx lead (Leslie Grace).

“It is so hard to imagine the disappointment that those filmmakers must be feeling because these projects take years,” says She-Hulk director and executive producer Kat Coiro.

“All these characters… their comics were written… There’s a story, a life, creativity that exists that hasn’t gotten its due and they’re wonderful, cool stories,“ agreed Ginger Gonzaga, who plays Jen’s best friend and paralegal, Nikki.

She-Hulk has long been regarded as one of the most powerful feminist icons found in the pages of comic books, making the arrival of Attorney at Law all the more impactful at this particular moment in time.

“The MCU has for a very long time been very male-heavy, there hasn’t been a ton of female representation,” says head writer and executive producer Jessica Gao. “So it’s nice to finally start making some progress in that area and show a part of the MCU that hasn’t been explored in depth.”