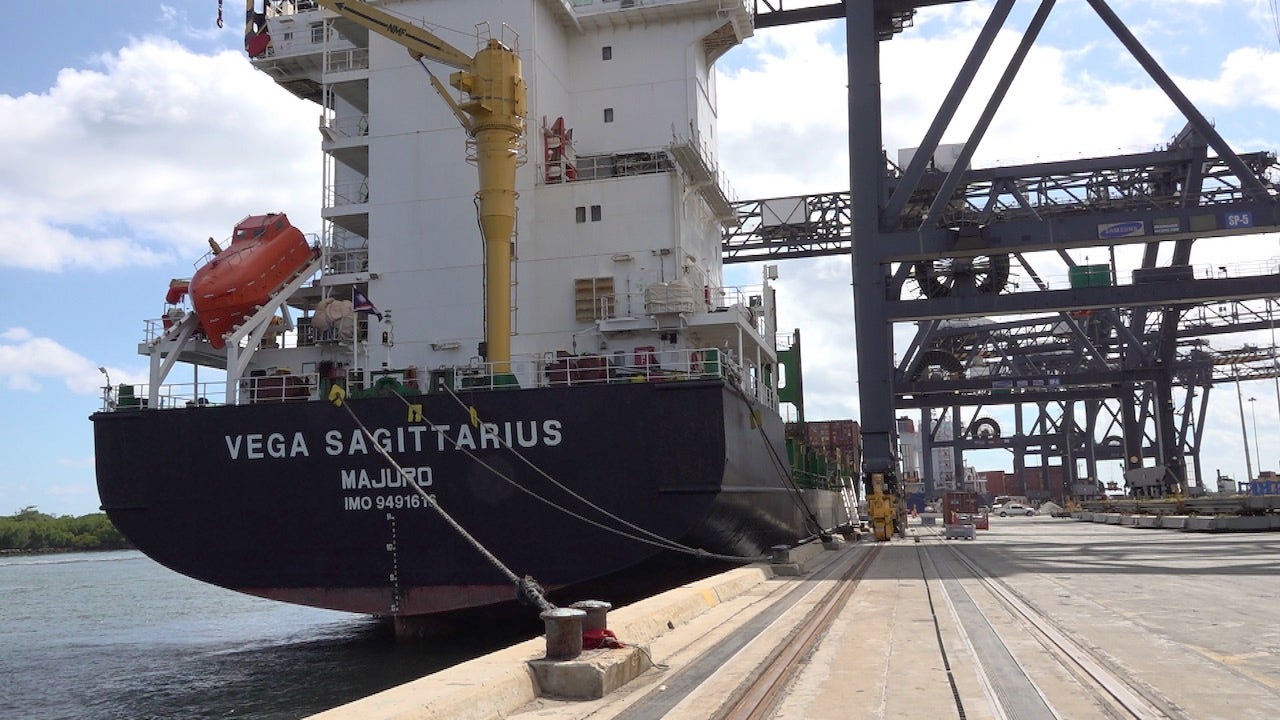 PORT EVERGLADES, Fla. – Despite Gov. Ron DeSantis declaring Florida seaports open for business, a surge in demand and a crippled U.S. supply chain could lead to increased prices across the board, according to the chair of the Florida Ports Council.

“It’s really a perfect storm,” Florida Ports Council Chairman Jonathan Daniels told Fox News. “The logistics system itself is not capable, and it was not built to handle the surge that currently we’re going through in the United States.”

Daniels, who is also the chief executive of Port Everglades in Ft. Lauderdale, said the supply chain may not see relief until spring.

Cargo ship congestion continuing at the Ports of Los Angeles and Long Beach as seen here from the Port of LA/Marine Exchange in San Pedro back in September.
(Brittany Murray/MediaNews Group/Long Beach Press-Telegram via Getty Images, File)

“It’s an overreliance on an Asian market that’s bringing in very low-cost goods, and within that everyone is looking at what kind of profit margin is available,” he said.

“It shows a general weakness that needs to be addressed because this is not the last time this issue is going to be front and center,” Daniels told Fox News. “They’re talking about the backlog not being cleared until sometime, maybe at the end of the first quarter, the beginning of the second quarter of next year.”

“If that’s going to happen, we can’t get those goods onto the shelves into the distribution center,” he continued. “You’re going to see increased prices, and ultimately, one of the big cost drivers associated with pricing happens to be the transportation system.”

Daniels said an increase in U.S. production of goods would be ideal, but shifting reliance from Asian countries to Latin America could also alleviate supply chain issues.

Port Everglades, one of 15 major ports in Florida, conducts much of its trade with Latin American countries. But the port is expecting a boat from India to provide its largest shipment ever when it docks next Monday.

On Tuesday, DeSantis, a Republican, announced that Florida seaports have open capacity and can meet holiday demand.

“As the rest of the nation faces rampant inflation and businesses stare down unprecedented supply chain problems, our message is this: Florida is here, we have capacity, we have incentive packages to help businesses who want to move here and we are going to make sure Americans get their Christmas gifts this season,” DeSantis said in a statement.

Last week, President Biden tweeted that the Port of Los Angeles would begin operating around the clock to make sure Americans can get the goods they need. But Daniels told Fox News it’s not that simple.

“That in itself will just overwhelm the port facilities,” said Daniels. “You’re not able to get the cargo off the ports when you consider the backlogs within the rail and the road network.”

“You throw into that a labor shortage, and you really are in a position where the ports themselves on the West Coast are just not able to be able to accommodate that in a timely fashion,” he continued.