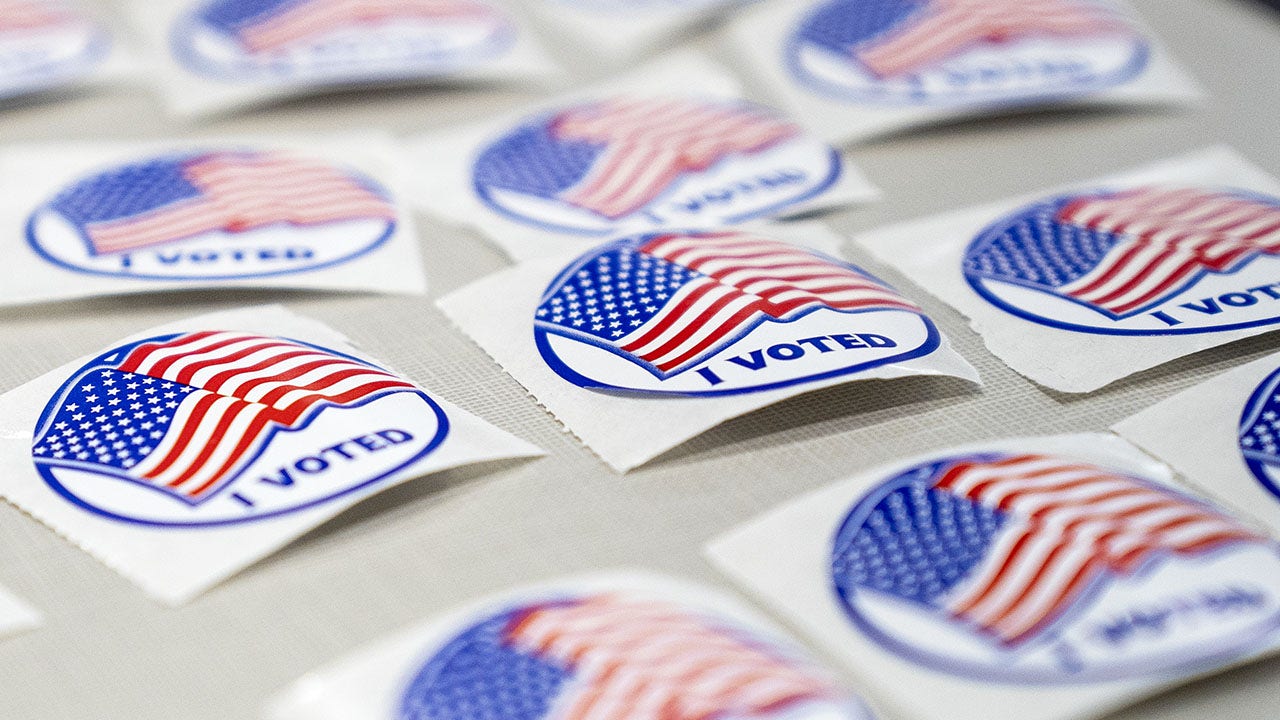 A new poll has found that Democrats and Republicans are neck and neck in the upcoming midterm elections, with Democrats citing gun violence as their number one concern even as the economy continues to tumble.

The Siena College Research Institute poll, conducted on behalf of the New York Times between July 5 and 7 among 849 registered voters, found the race to control Congress is tight, with voters preferring Democrats to Republicans by just one percentage point, 41%-40%. Nineteen percent of respondents remain undecided.

However, among likely voters, the Times noted that 44% favored Republicans while 43% expressed support for Democrats in congressional races.

While Republicans place significant focus on the economy ahead of the midterm elections, with 29% labeling it as the “most important problem” facing America today, Democrats who took part in the poll believe there are higher priorities.

FOX NEWS POLL: PRIDE IN US DOWN SIGNIFICANTLY

‘I Voted’ stickers at a polling location in Fairfax, Virginia, on Tuesday, Nov. 2, 2021.
(Stefani Reynolds/Bloomberg via Getty Images)

Only 13% of Democrats labeled the economy as the most pressing crisis in the U.S., compared to the 17% who insisted gun policies are the most important concern. As for inflation and the cost of living, 26% of Republicans and 10% of Democrats listed it as the number one issue.

Of those that took part in the poll, 87% of Republicans stated they are almost certain or very likely to vote in the November general election, compared to 90% of Democrats.

Inflation accelerated more than expected to a new four-decade high in June as the price of everyday necessities remains painfully high, exacerbating a financial strain for millions of Americans and worsening a political crisis for President Biden.

President Biden arrives at the congressional Ppicnic on the South Lawn of the White House on July 12, 2022, in Washington, D.C.
(Chip Somodevilla/Getty Images)

The Labor Department announced Wednesday that the consumer price index, a broad measure of the price for everyday goods, including gasoline, groceries and rents, rose 9.1% in June from a year ago — the highest inflation recorded in over 40 years. Prices jumped 1.3% in the one-month period from May. Those figures were both far higher than the 8.8% headline figure and 1% monthly gain forecast by Refinitiv economists.

The poll, which was conducted in English and Spanish on landline and cellular telephones, has a margin of error of plus or minus 4.1%.