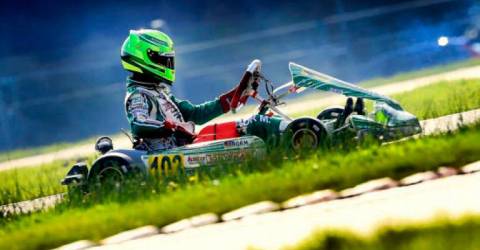 SIC chief executive officer Azhan Shafriman Hani said the three-year contract signed with Autoplay in the middle of August, will provide new facilities and light installment at the circuit to extend the operating hours to 2am.

“Facilities such as the grandstand, seats and office need an upgrade, so we hope Autoplay comes in as they have committed to put in some investment.

“I expect this new operator to elevate another new state where they can rebrand SIKC as a hangout or lifestyle place that can attract more people to come here and play go-kart,” he said during a press conference here, today.

Azhan Shafriman believes with the new addition, both SIC and Motorsports Association of Malaysia (MAM) will be given a push towards passionate riders who have talent to compete in the go-kart National Championship.

“Karting is not cheap where some parents would not invest. Then again, people like Autoplay will come up with sponsorship packages where the parents can come and try,” he added.

In another development, Azhan Shafriman said more than 50 per cent of tickets for Malaysian MotoGP have been sold.

“With the ticket promotion as well as activities that will happen at the event and the announcement of young national racer Syarifuddin Azman as Moto3 wildcard have attracted more people to come,” he said.

Azhan Shafriman is confident that the SIC will be able to achieve its target of 170,000 spectators based on its commitment and vast experience as the main organiser of the championships.-Bernama