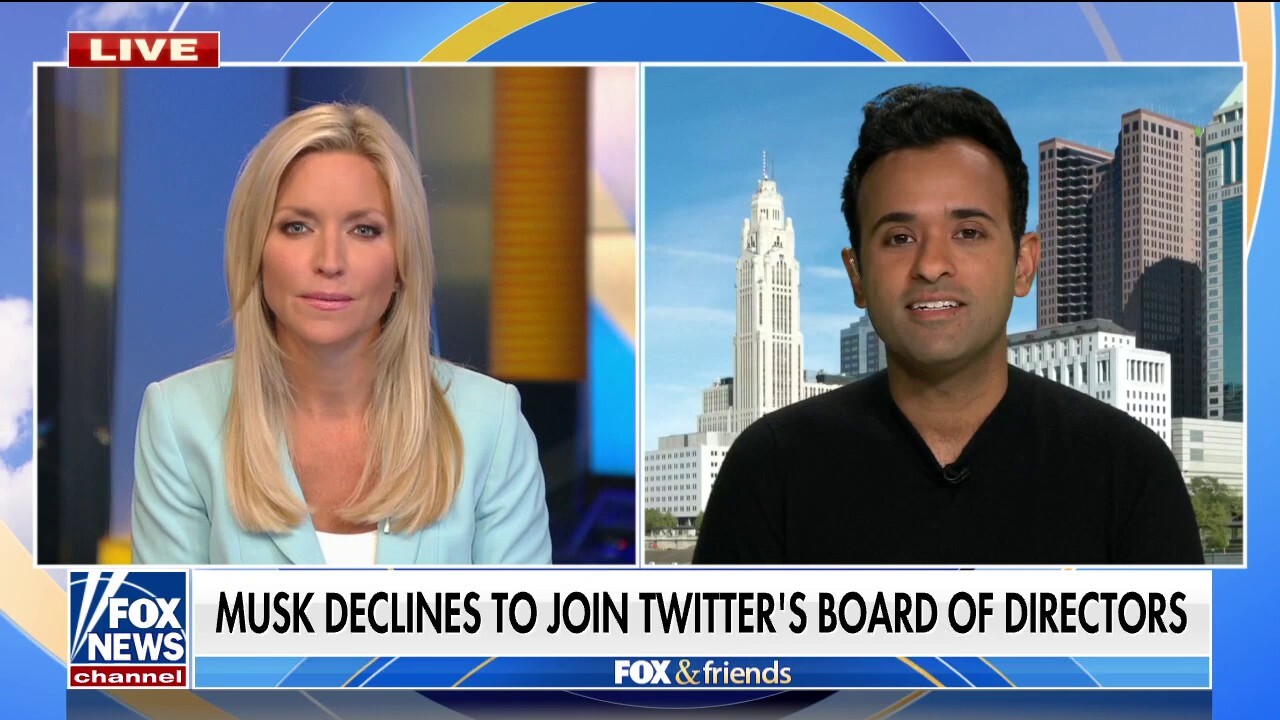 Biotech entrepreneur Vivek Ramaswamy told “Fox & Friends” host Ainsley Earhardt Monday that tech executives in Silicon Valley are quietly supporting Elon Musk in his move to become Twitter’s top shareholder. After Musk declined to join the social media platform’s board of directors, Ramaswamy said Musk is more likely to effect change on the platform as a shareholder and praised the billionaire for his potential to “shake things up” in corporate America.

VIVEK RAMASWAMY: I think he’s going to be more effective at driving change off the board than on the board. … I was a little disappointed when I saw them agree to give him one board seat because I know how the managerial class plays this game. He’s going to be one of 12 on the board. Subject to constraints about what he can and can’t say, what he can and can’t do. How much more he can and cannot buy – up to 14 percent per the standstill agreement. I think he’s going to be much more effective now as the top shareholder by far. Driving change as a voice from the outside and potentially unconstrained with respect to how much he can actually buy. So I think this is actually a positive development.

And another thing I want to say, Ainsley, is over the last week, over the last few days, I’ve actually had an opportunity on unrelated matters to talk to some of the top venture capitalists in Silicon Valley. The topic of Elon Musk comes up. He has a lot of people quietly rooting for him to drive change here and shake things up. None of them will actually say it publicly, and that’s exactly why he needs to be doing it. We have this culture of fear in the valley, in corporate America, and using shareholder power to be able to drive that change from the top I think is actually one of the most promising ways to do it, so I’m really rooting for success here.