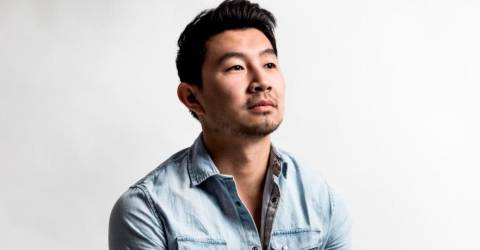 When the executives at BoxLunch told the actor that they planned to donate funds to Feeding America, the Marvel’s Shang-Chi and the Ten Rings star hatched a secret plan to match the sum out of his own bank account.

“The pandemic has adversely affected many communities of colour and families. I saw and felt that within circles of people that my parents knew, my extended family knew, and witnessed just how difficult things have been over the last couple of years,” Liu told the crowd.

The combined amount is reportedly enough to cover the cost of two million meals for people in need.

In an interview later, Liu explained that he grew up as “the definition of poor”, living off his parents’ scholarship money when the family emigrated from China.

“We were discount-aisle shoppers at the supermarket, getting all the stuff that was about to go bad. We didn’t really have any savings to our name, no support system to back us up,” Liu recalled.

Before his big breaks in the TV series Kim’s Convenience and Shang-Chi, Liu was in credit card debt, wondering if he would ever break free of minimum payments and interest. Now, things are looking brighter than ever for the underdog actor.

Though there is no confirmation on his inevitable return to the Marvel Cinematic Universe, Liu’s external film projects are going smoothly, having recently wrapped up filming Barbie, starring in Netflix’s Atlas, and inking a deal to executive produce and star in Amazon’s Seven Wonders.