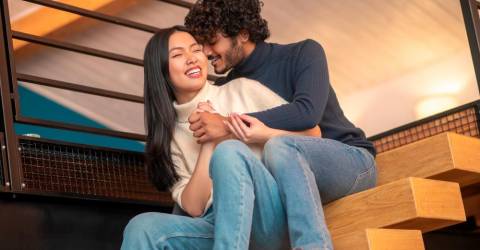 INTERRACIAL marriages have been the norm in many societies for some time already however not many people are open to such relationships probably stemming from a narrow viewpoint and racial stereotypes.

Recently, an interracial couple was harassed by a man in a shopping mall recently at Orchard Central in Singapore, where the couple alleged the boyfriend was spat on by the harasser.

According to Mothership SG’s report, the boyfriend, an Indian man identified as Joseph, and his Chinese girlfriend were out and about in Orchard Central’s second floor, coming out of a clothing store, when an unknown Chinese man in his 20s walked past them and spat in their direction.

“I’m accustomed to hearing racist things, mostly micro-aggressions stemming from ignorance, by someone whom I somewhat know.

“But this was the first time a complete random stranger had the audacity to do something like this,” he said taken aback by the stranger’s actions.

Still confused, he then realised that the man actually meant to spit on him after his girlfriend exclaimed in shock.

The Chinese man then started his tirade toward the young couple and went on to say: “You shouldn’t be with a Chinese girl,” he said to Joseph.

Joseph then asked the harasser whether he actually spat on him however the man just yelled at him, exclaiming that: “you shouldn’t be with a Chinese girl” and “that should be my girl”.

The 20-something man then tried to spit at Joseph once more and dashed off into a clothing store.

While the stranger’s spit failed to land on him, thankfully, Joseph could not help but feel angry at the man but he gathered his composure and recalled that he did not record the incident, thinking that he should go after the man but decided not to in the end.

“Apart from the racism, it was the toxic masculinity [where he felt a] sense of entitlement towards a woman, referring to her as an object or property to lay claim to, that triggered me quite a bit and left me disgusted,” he added.

Later on, he noticed that there was a CCTV camera pointed in their direction that most likely recorded the perpetrator and Joseph then asked a security guard for access to the footage in order to lodge a police report against the man who harassed him.

The security guard had declined his request but he persisted and eventually filed a police report at around 3:50 pm on the same day.

Joseph added that the security guard had contacted him to inform him that he found the footage of the incident and it has been submitted to the police.

Later on, police had updated Joseph that they are reviewing the footage of the incident to identify the young man.