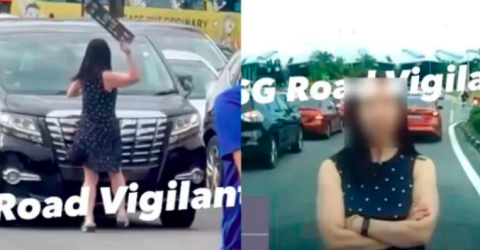 PETALING JAYA: Police detained two Singaporean on Thursday night believed to be involved in a road rage incident near the Customs, Immigration and Quarantine (CIQ) Complex on July 9.

According to Sinar Harian, the suspects, 18-year-old woman and a 46-year-old man was held at the Sultan Abu Bakar Complex Customs Inspection Post at the entrance to Malaysia from Singapore.

“Both suspects were believed to be unsatisfied due to their vehicle being stopped and scratched during the incident.

On July 12, police identified both suspects involved in the mischief case which took place near the CIQ complex at Sultan Abu Bakar complex here on July 9.