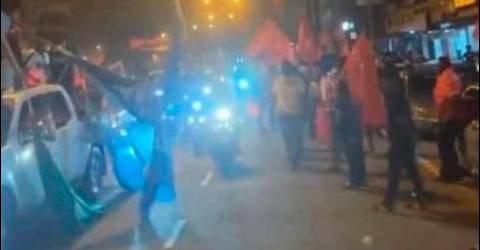 “On Nov 19, at 2.15 am, the police received information about a fight between two groups of political party supporters at Dataran Zero Sungai Petani. A police team mobilised to the area and controlled the situation.

“Investigations so far revealed the fight was caused by two groups of supporters from different political parties being there at the same time and there was an incident where a party flag touched the body of one of the supporters,” he said in a statement today.

The police have also identified two more individuals believed to be involved in the incident and are tracking them down.

Those arrested have been remanded for two days beginning today, he said, adding that the case is being investigated under Section 147 of the Penal Code and Section 9(1) of the Election Offences Act 1954.

Wan Hassan said the public is reminded not to speculate on the incident and cause public disorder, and to leave any further action to the police.-Bernama