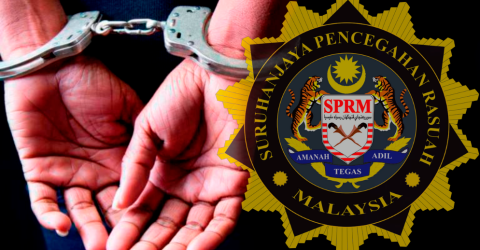 TAWAU: Since 2019, only a total of 11 enforcement officers were detained due to their involvement in corruption but it does not mean that corruption among enforcement personnel in the state is low, said Sabah Malaysian Anti-Corruption Commission (MACC) director Datuk S Karunanithy.

He said it could be due to the lack of reports lodged by community members, adding that efforts to combat misconduct among enforcement officers needed the cooperation of all parties, especially the community.

Security and enforcement personnel, especially those manning state border checkpoints are at risk of being involved in corrupt practices, such as the smuggling of controlled items, he added.

“I urge community members to come forward and channel information on activities involving corruption,“ he said when officiating the forum to foster the anti-corruption spirit among enforcement officers to combat cross-border crimes here today.

According to him, the MACC had also made 289 arrests involving federal and state civil servants from 2019 until now.

Commenting on the forum, he said it was held as a reminder to personnel from agencies such as the police, Immigration Department, Malaysian Maritime Enforcement Agency, Customs Department, Domestic Trade and Consumer Affairs Ministry and Eastern Sabah Security Zone, to continue to fight corruption and tackle cross-border crimes. –Bernama