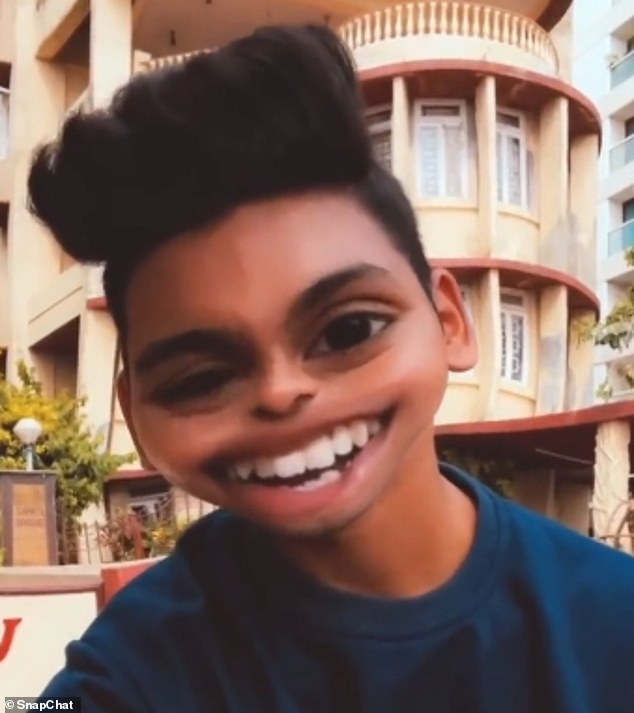 Since launching back in 2015, Snapchat‘s filters – or ‘Lenses’, as it calls them – have become one of the most popular features on the app.

While the original flower crown and puppy dog ears are likely Snapchat’s most well-known Lenses, it seems that other filters have risen to the top this year.

Snapchat has exclusively revealed to MailOnline the five most popular Lenses in the UK in 2021.

Big Mouth topped the list, with 24.7 million Brits choosing to augment their mouths to look larger.

Other popular filters included Broccoli, which transforms your face into a cartoon head of broccoli, and 3D Cartoon, which shows you as a cartoon character.

A Snapchat spokesperson said: ‘In the UK, Brits were constantly using Lenses to help express themselves when keeping in touch with their friends.

‘Lenses were viewed billions of times in 2021, here are some of the most popular and some of our most memorable ones.’

Most popular Lenses in the UK in 2021

In total, the top five lenses in the UK were viewed more than four billion times, according to Snapchat.

The fourth most popular Lens in the UK this year was Snap’s 3D Cartoon Lens, which was used by 17.2 million users.

The filter uses machine learning to transform your face, giving you anime-like features and an ultra smooth cartoon complexion.

Meanwhile, the Happy Face and Angry Face lenses were also in the top five list of the most popular Lenses in the UK in 2021.

The figures were released as part of Snapchat’s ‘Lens on 2021’ report.

In the report, Snap said: ‘With over 6 billion plays per day on average, Lenses offer a unique window into the year’s cultural moments, achievements in AR innovation, and trends that made a lasting impact.

‘Join us as we celebrate our community and the 2021 Lenses that revolutionized the way Snapchatters create, explore, learn, and play.’ 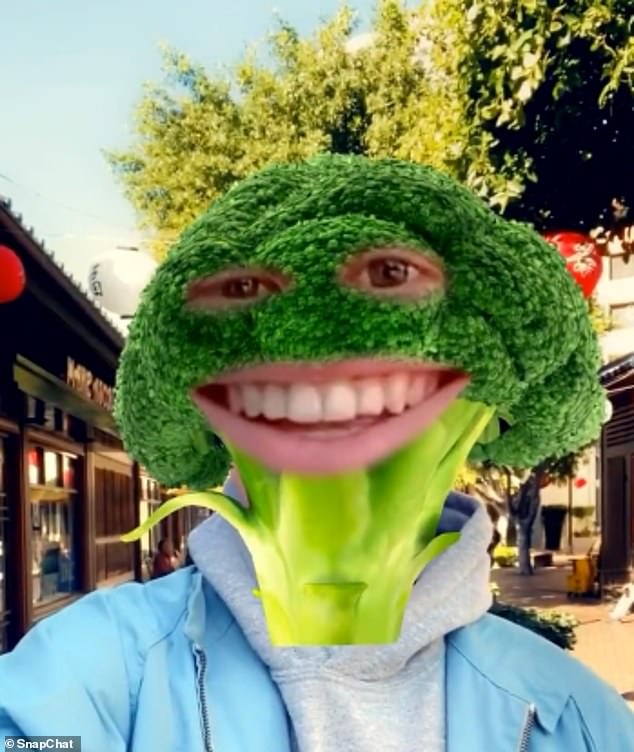 Broccoli, which, somewhat unsurprisingly transforms your face into a head of broccoli, was used by 19 million Brits this year 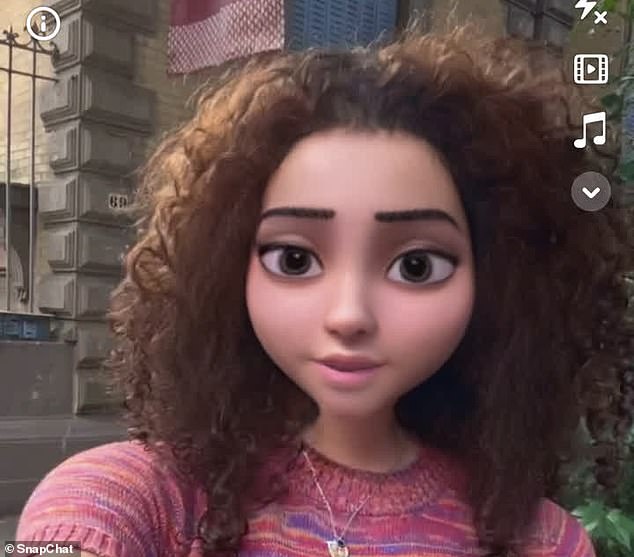 One of the most popular Lens in the UK this year was Snap’s 3D Cartoon Lens, which was used by 17 million users

The report showcases many of the viral lenses that took the world by storm in 2021.

After an image of Bernie Sanders in a folding chair at Joe Biden’s inauguration became a global meme, Snapchat launched a hilarious filter that allowed users to place Sanders and his folding chair around their homes, using augmented reality.

And after the launch of Netflix’s hit show Squid Game, a filter that transformed users into a mask-clad guard also went viral on Snapchat. 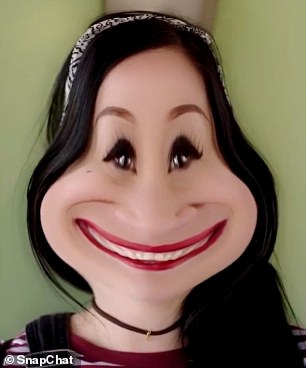 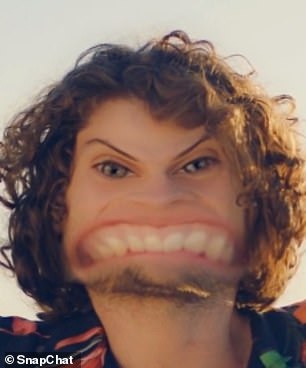 Brands including Prada, MAC Cosmetics and Farfetch Off-White all now have Lenses on Snapchat that allow customers to ‘try before they buy.’

‘AR is the future of shopping — it can help visualize not just how a pair of sunglasses looks, but how it looks on you,’ Snap said.

‘From Prada to MAC Cosmetics, there are so many ways to express your style and get your hands on the most covetable items of the year.’

Snapchat added: ‘Every day, people use Snapchat to express themselves, live in the moment, and learn about the world around them — and 2021 was no different.

‘Lenses inspire our community, help them connect with their closest friends, and discover endless possibilities through our Camera.’

FILTERS AND APPS THAT COULD MAKE HUGH LOOK SO SMOOTH 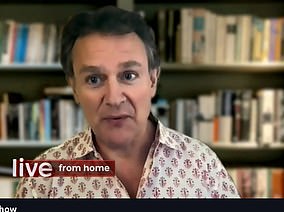 Hugh Bonneville’s youthful appearance on the One Show was likely achieved using a filter or series of filters within the Zoom app.

The most common tool used to smooth out wrinkles and flaws is the ‘Touch up my appearance’ option found under Zoom’s video settings menu.

Ticking the box gives you a slider that can ‘smooth out’ your face, to a greater or lesser extent depending on how far you move the slider.

It is possible to combine this ‘smoothing out’ with other effects within the app including a ‘studio effects’ beta feature that lets you tweak your eyebrows, moustache, beard and lips digitally.

Within the general ‘video filters’ section you can also change the lighting and give your look a boost, make it noir and even put flowers in your hair.

Aside from these built-in or ‘native’ filters’, it is also possible to use of a third party filter – such as those from Snap Camera by Snap Inc, the makers of Snapchat.

These include a new Naomi Campbell ‘Beauty’ filter that gives a smooth-skinned, flawless appearance.

Other filters can change your appearance more drastically, as Texas lawyer Rod Ponton accidentally discovered during a hearing over Zoom.

Mr Ponton became an internet sensation when footage emerged of him with his face obscured by a kitten filter found on Snap Camera.

Unfortunately he did not know how it had been turned on, or how to turn it off.

To become a kitten, or enable a beauty filter you need to open Snap Camera.

More details about Zoom video enhancements and filters can be found on the Zoom support website, including how to enable them for a meeting.