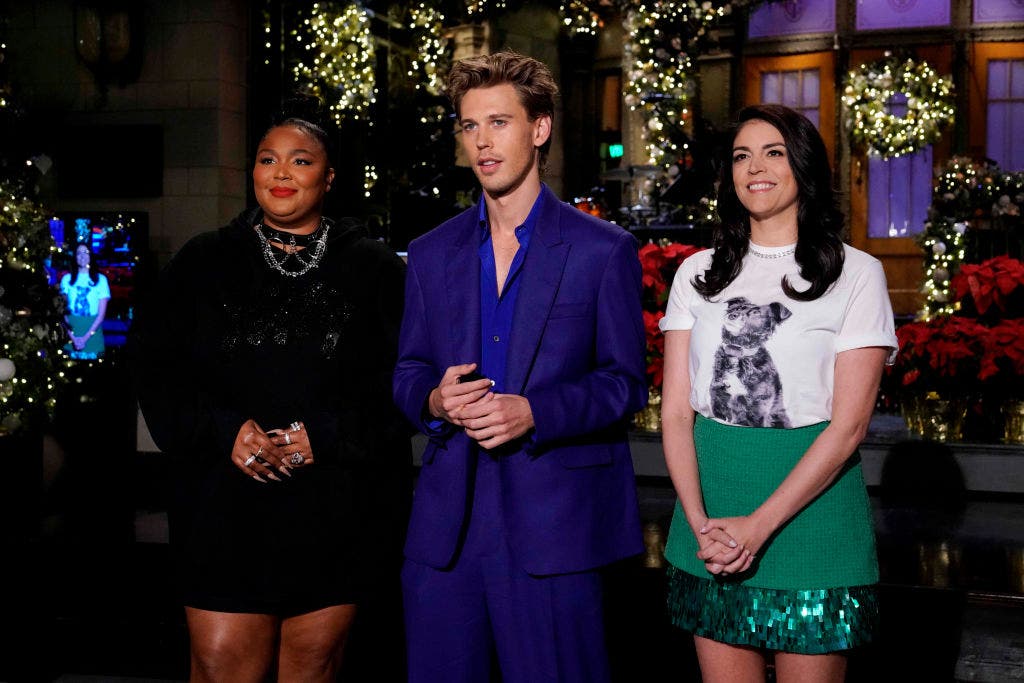 “Saturday Night Live” opened its last episode of 2022 by blasting former President Donald Trump’s “major announcement” from Thursday where he hyped up the Friday release of his own digital trading cards.

In a video announcement that was highly mocked by Republicans and Democrats alike, Trump said NFTs portraying himself in certain professions, like a cowboy, race car driver, astronaut, etc., could be purchased for $99.

James Austin Johnson, who played Trump in the SNL skit, referenced a lot of the material from Trump’s actual announcement in the 5-minute cold open.

“Hello, this is Donald Trump, hopefully your favorite president of all time. Better than Lincoln, better than Washington, frankly, better than Ezra,” Trump (Johnson) said in the skit, which is almost a direct pull from Trump’s opening to his announcement video where he said he is a better president than Lincoln and Washington.

The skit continued by explaining the $99 cards would feature Trump doing “things pertaining to his life and his career” by showing him on a red carpet, riding an elephant and being an astronaut.

“Seems like a lot, seems like a scam, and in many ways it is,” Trump (Johnson) said about the cards.

The fake Trump acknowledged the cards seemed an awful lot like Pokémon trading cards, and he intended no disrespect to his friends from the popular, decades-old game.

He added that the cards can “fight” in battles, asking who would win between Trump as Washington crossing the Delaware River or Trump being the Matrix.

Trump (Johnson) also exclaimed those who bought the cards would be entered to win a chance to pick anything from a crate labeled classified documents. In Trump’s actual announcement video, he said buyers would have a chance at various prizes, including a one-on-one meeting with him.

He then brought on Donald Trump Jr. (Mikey Day) to help push the release of the cards and introduced him as his third least embarrassing child.

“So good to be here for the launch of this amazing, totally legit, product,” Don Jr. (Day) said.

Poking fun at the price of the cards, Don Jr. said, “I know what you’re thinking. $99? You can get two grams for that!”

He then brought out his fiancée Kimberly Guilfoyle (Cecily Strong) who announced she was also selling a product: her Christmas album “Now That’s What I Don’t Call Music.”

The skit ended with Trump’s (Johnson) Christmas list, which began with the importance of saying Merry Christmas.

“We’re also saying Merry Christmas again, right? Because I brought that back because Christmas is very important to Christians, and to Jewish I think also,” he said.

He then transitioned to his next item on his Christmas list, which was ghosts thanks to the movie “A Christmas Carol.” Trump (Johnson) said he was visited by three ghosts last night, then stepped back and said there were actually four if you include Jeffery Epstein.

The next item on his list was about Florida Gov. Ron DeSantis, whom he said he doesn’t like and then compared his appearance to that of a Roblox character.

The rest of the list included jokes about a historic Christmas deal between Israeli Prime Minister Benjamin Netanyahu and the Grinch, the movie Avatar, and Tiffany Trump as his forgotten daughter.

Actor Austin Butler guest-hosted the show and Lizzo was the musical guest. The Dec. 17 episode was also Strong’s last appearance on SNL as a cast member after 11 years.