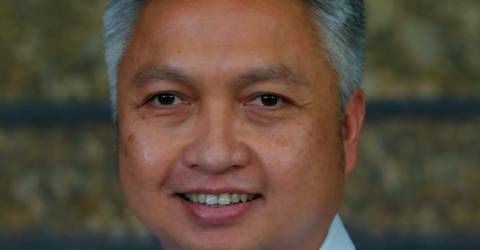 KUCHING: Although Datuk Snowdan Lawan(pix) has been the Balai Ringin assemblyman for three terms, his desire to bring even more changes to the area, which is situated in three different administrative districts, has not waned one bit.

And, as he prepares to defend the seat in the 12th Sarawak State Election on Dec 18 as a Gabungan Parti Sarawak (GPS) candidate, Snowdan has already done his homework by fomulating various visions, including changing the Pantu status from that of a sub-district to a full district, one day.

Snowdan told Bernama that the Balai Ringin constituency is unique as it is situated in the districts of Serian, Simunjan and Sri Aman, meaning he will have to make the right plans to ensure every objective is implemented in the best possible manner.

“I have carried out the SWOT (strengths, weaknesses, opportunities and threats) analysis and have identified seven key sectors, namely education, youth and sports, ecotourism, handicraft, agriculture, plantation and livestock that will continue to be given attention if I am reelected,” he said.

Still fresh from successfully getting Balai Ringin turned into the Balai Ringin Sub-District recently, Snowdan is now contemplating getting the status of the Pantu Sub-District upgraded to that of a full district.

“Once it becomes a full district, Pantu can get its own allocation and, subsequently, facilitate all development matters in the area,” he said.

Snowdan is also proud of what he has achieved as the Balai Ringin assemblyman over the past 15 years, especially in terms of electricity supply to the area.

“When I first became the assemblyman in 2006, electricity coverage in Balai Ringin was only at 30 per cent. Now, thanks to my joint efforts with the Sarawak government, finally electricity supply has reached 98 per cent of the area,” he said.

Snowdan, who is also the Parti Rakyat Sarawak (PRS) Youth chief, will be up against Sri Aman Member of Parliament Datuk Masir Kujat of Parti Sarawak Bersatu (PSB) and retired civil servant Kasim Mana of Parti Bumi Kenyalang (PBK) in the state election this time.

Asked how he felt about having to contend with Masir, his former PRS colleague, Snowdan said he was now wise to the workings of politics and expressed confidence in the voters to do the right thing.-Bernama