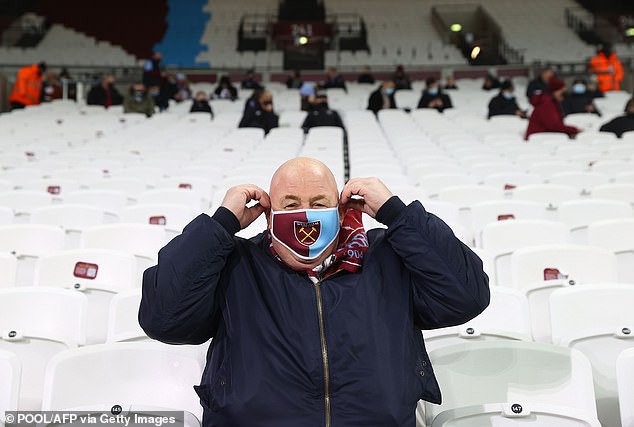 Social distancing concerns over fans’ return to stadiums after 40,000 supporters finally saw their team in the flesh for the first time since March

By James Sharpe For The Mail On Sunday

Forty thousand supporters returned to football on Saturday on a momentous day for clubs.

West Ham became the first Premier League club to welcome fans back, as 20 stadiums across the four divisions opened their gates.

Yet despite the joy of fans coming back to watch their teams, there was concern at some grounds that supporters were sitting too close.

Football fans were back watching their teams play on Saturday, with West Ham the first 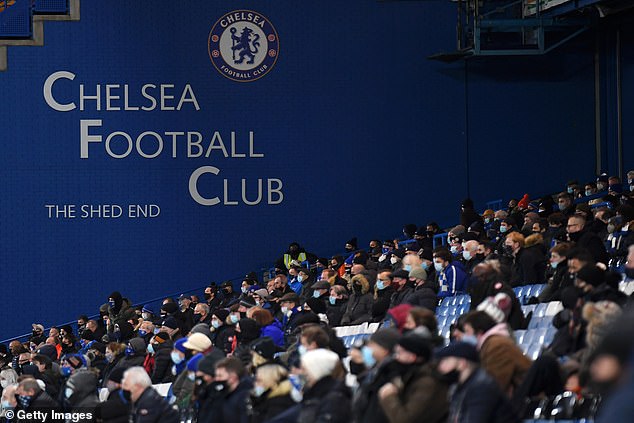 Chelsea’s Stamford Bridge was among the grounds to welcome 2,000 supporters in

At Reading’s Madejski Stadium, 2,000 fans were in one stand and after 12 minutes were told to have at least one seat between them and the next person.

Five top-flight matches will be played in front of supporters this weekend, 273 days after the last game in front of a full crowd in March before coronavirus shut down football. Premier League clubs hope this will accelerate plans for test events for crowds of closer to 10,000 as long as covid cases continue to fall.

Supporters returned to Football League matches last week with six midweek games and Arsenal became the first Premier League club to host fans for their Europa League game against Rapid Vienna. Five games in the Championship, six in League One and seven in League Two were played in front of fans.

Clubs in Tier two can host matches in front of crowds up to 2,000 while those in Tier three are banned from having fans. Grounds cannot be at more than 50 per cent capacity. 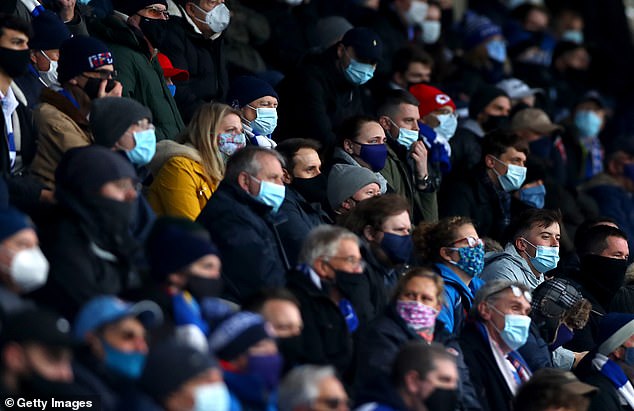 At Reading’s Championship clash with Nottingham Forest, fans were all packed into one stand 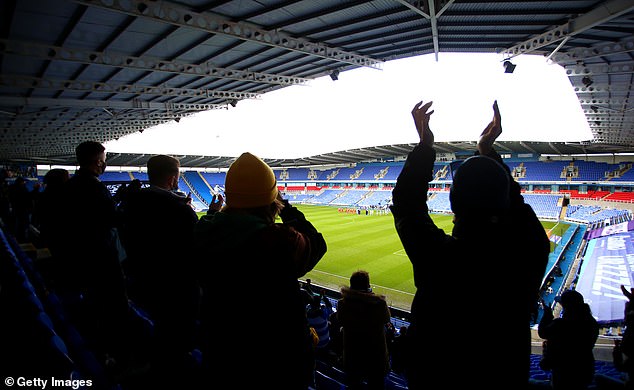 Half of the Premier League clubs are able to host fans with Arsenal, Brighton, Chelsea, Crystal Palace, Everton, Fulham, Liverpool, Southampton, Tottenham and West Ham all set to welcome supporters back in the coming weeks.

Tier one areas can host 4,000 fans but only Cornwall, the Isle of Wight and the Isles of Scilly are in the lowest tier.

Manchester United have told supporters how tickets will be allocated if Greater Manchester is moved into Tier two when the new restrictions are announced on December 16. They, like all other clubs in the top flight, will enter season ticket holders in a draw to decide the lucky 2,000.

While it’s a step towards a return to normality, the experience inside the stadiums has changed. Clubs sent out a code of conduct to supporters, warning them to ‘take extreme care’ when shouting, singing or celebrating. 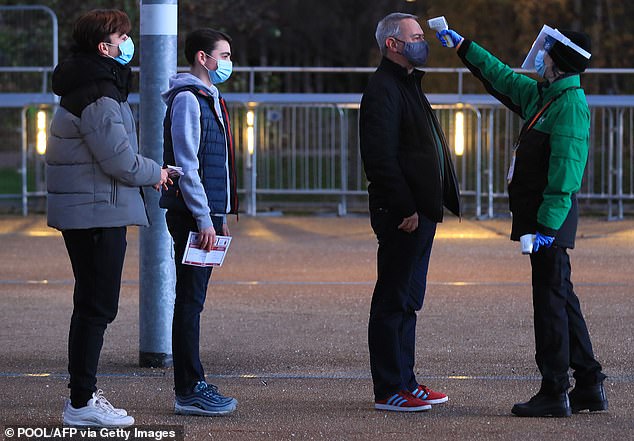 Despite it being a joyous return, the fan experience is a very different one after the coronavirus

Fans’ temperatures were checked before they were allowed into the stadium and they had to wear face coverings throughout the game.

While there are worries that clubs will lose more money on games in front of 2,000 fans than if they played behind closed doors due to the cost of staff and stewards, Walsall chief executive Stefan Gamble said: ‘In Tier two, at 2,000 supporters, it would actually cost more money than it currently does to run behind closed doors.

‘That said, the supporters are the lifeblood of the football club. It’s a soulless place watching the matches without supporters and that cost is entirely justified because we want supporters inside the stadium.