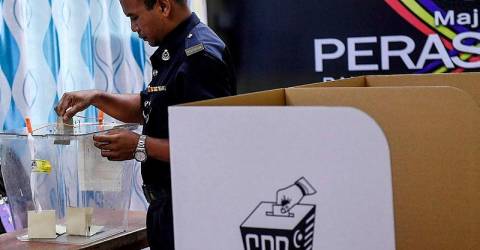 He said discussions regarding the SOPs had reached the final stages, with guidelines to fine-tune the matter already at the 75 to 80 per cent level.

“The SOPs will probably be announced early next week because we want to take into account the various views and inputs, including on the weather as well as the educational and tourism sectors.

“This is important because the educational sector has been reopened and the SOP compliance by tourists as well as hotels also need to be reviewed. In preparing the SOPs, we need to find a balance,” he said after launching the Melaka Cruise Pit Stop Tourism Package at Taman Rempah here, today.

He said the special SOPs discussion, which has been going on since last week, involved various parties, including the Melaka State Health Department, National Security Council (MKN) of Melaka, professionals as well as technical experts.

The Election Commission has set Nov 8 for nominations, Nov 20 for polling and Nov 16 for early voting.