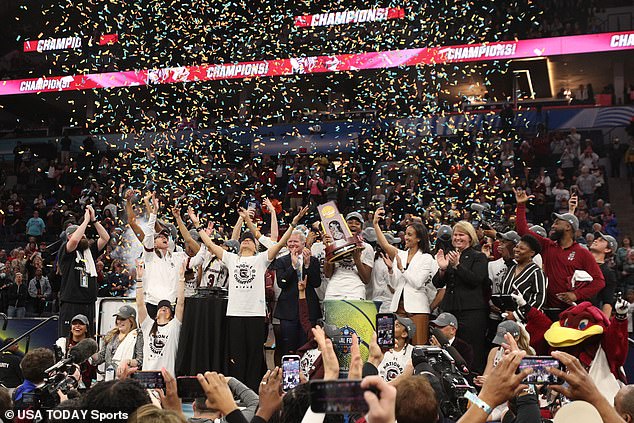 By Associated Press and James Gordon For Dailymail.com

The South Carolina women’s basketball team went wire-to-wire as the Associated Press’ No. 1 team and won the NCAA national championship Sunday Night, besting the University of Connecticut in a low-scoring 64-49 affair.

The Gamecocks last won the championship in 2017 with star A´ja Wilson leading the way.

This time it was Aliyah Boston – the AP Player of the Year – and her fellow South Carolina post players who dominated on the game´s biggest stage. The Gamecocks outrebounded UConn by 49-24, including a 21-6 advantage on offensive boards.

They also clamped down on star Paige Bueckers and the Huskies on defense, just like they did all season long.

And Head Coach Dawn Staley even called the shots in a $5,000 letterman jacket. 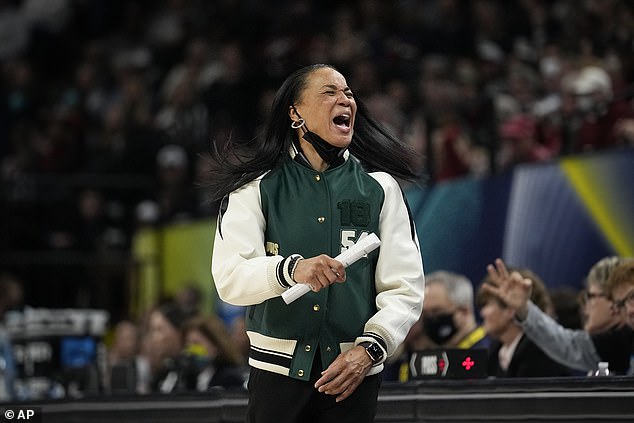 Head Coach Dawn Staley even called the shots in a $5,000 letterman jacket (pictured above)