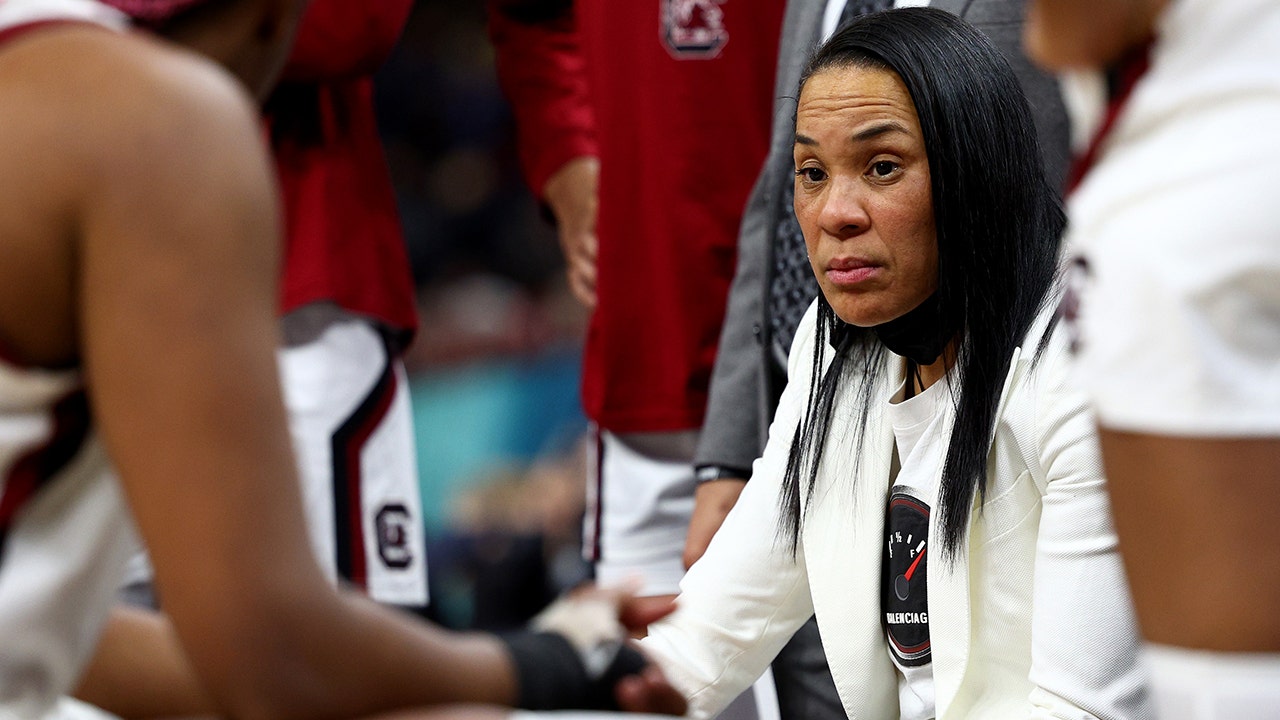 Ahead of Friday night’s Final Four matchup against Louisville, South Carolina’s women’s basketball team opted to stay inside their locker room as the national anthem played ahead of the matchup.

Louisville was present for the anthem. Meanwhile, South Carolina and coach Dawn Staley claim that their decision to sit out the national anthem both at home and away games this season has become their ideal messaging to counter racial discrimination assumed of their nation.

South Carolina Gamecocks fans hold up signs in the fourth quarter against the Louisville Cardinals during the 2022 NCAA Women’s Final Four semifinal game at Target Center on April 01, 2022 in Minneapolis, Minnesota.
(Elsa/Getty Images)

The nation’s top-ranked women’s team has been steady in their protest all season; led by their woefully woke coach, Dawn Staley.

Staley told Andscape‘s Sean Hurd that her team’s directive to stay in the locker room tackles inequalities that the team sees within college basketball.

South Carolina Gamecocks players huddle before their game against the Louisville Cardinals during the semifinals of the NCAA Womens Basketball Tournament at the Target Center on April 1, 2022 in Minneapolis, Minnesota.
(Ben Solomon/NCAA Photos via Getty Images)

Head coach Dawn Staley of the South Carolina Gamecocks talks with her team during a timeout in the third quarter against the Louisville Cardinals during the 2022 NCAA Women’s Final Four semifinal game at Target Center on April 01, 2022 in Minneapolis, Minnesota.
(Elsa/Getty Images)

The nation’s top-ranked team in South Carolina went on to defeat Louisville and advance to the championship game. Gamecocks forward Aliyah Boston led all scorers with 23 points; set to face off against second-seeded UConn for the NCAA tourney title on Sunday.