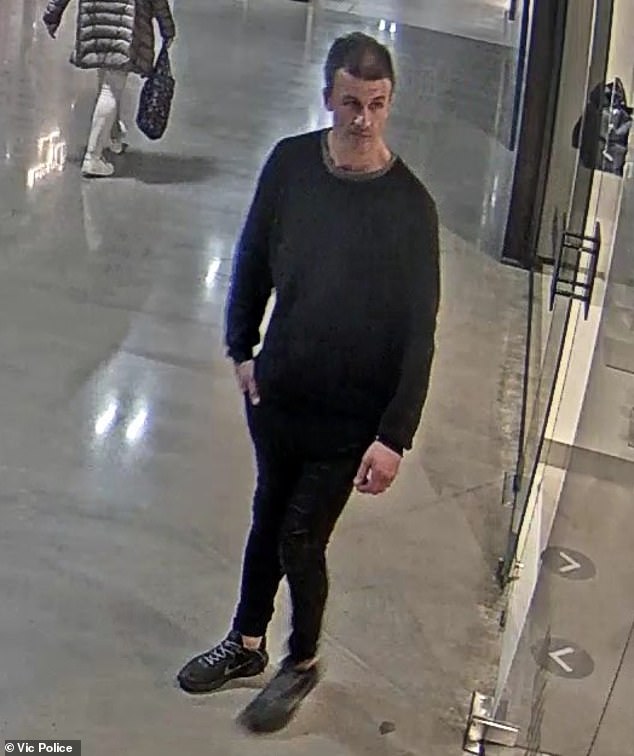 Brazen moment alleged thief walks out of a high-end store with a $10,000 Georgio Armani jacket stuffed down his pants

A security camera image has emerged of a man believed to have stolen a $10,000 designer jacket by brazenly walking out of a Georgio Armani store with the item stuffed down his pants.

Victoria Police issued a statement on Wednesday announcing they are looking for a man who was seen leaving the exclusive high-end store in South Wharf, Melbourne, at around 2.45pm on June 8.

Police said the man took a black leather jacket into a change room and allegedly tried on the costly piece before casually walking out of the store with it stuffed down his pants, unpaid for.

Police have released an image of a man who allegedly stole a $10,000 Georgio Armani jacket from Melbourne’s South Wharf on June 8 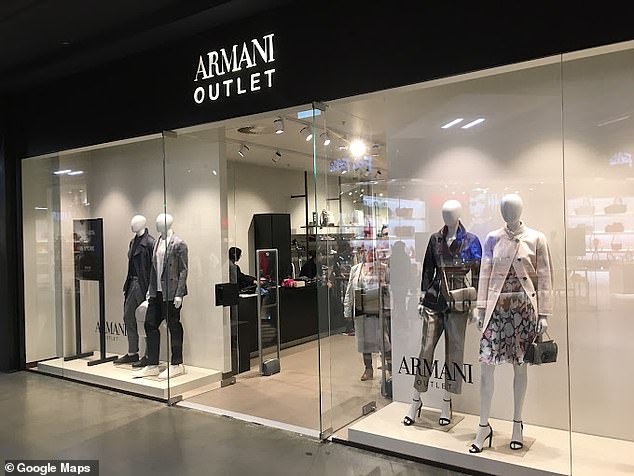 Police have released an image of a man who they believe may be able to assist with their enquiries into the theft. The man is said to be of Caucasian appearance, medium build, with short dark hair that is balding on top.

He was wearing a black long-sleeved jumper, black pants, and black Nike runners.

Investigators said they would also like to hear from anyone who has purchased or seen the jacket being sold cheaply on social media or on online marketplace websites.

Anyone with information is urged to contact Crime Stoppers on 1800 333 000 or submit a confidential report online at http://www.crimestoppersvic.com.au/