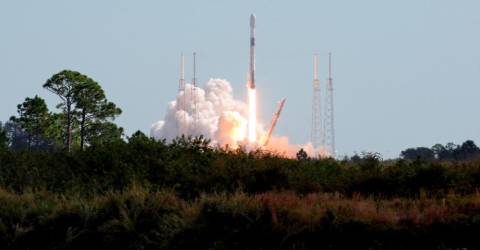 NEW YORK: Billionaire Elon Musk’s SpaceX is in talks to raise nearly US$1 billion (RM4.54 billion) in a new round that would value the rocket-launch and satellite company at about US$150 billion, sources told Reuters.

The ongoing talks offer SpaceX’s share at about US$85 apiece, up from the US$125 billion valuation the company fetched earlier this year, sources said, suggesting strong investors’ appetite while many late-stage venture capital-backed startups have to cope with valuation cut.

Bloomberg News first reported the raise on Tuesday (Nov 15). SpaceX did not respond to a Reuters request for comment.

Investors could buy new shares issued by SpaceX, or from employees who opt to sell via a private placement, or tender offer. The primary raise could fetch nearly US$1 billion, one of the sources added.

As one of the most valuable private companies in the world, SpaceX has regularly provided liquidity programmes for employees so they can sell their shares in the secondary market without the company going public.

Musk has said he plans to provide similar shares and liquidity programmes for Twitter, the social media company he took private in a US$44 billion deal.

Investors have shown strong interest in SpaceX as the company has had a series of breakthroughs this year. SpaceX launched Falcon Heavy, the world’s most-powerful active rocket, for the first time in more than three years. It is also targeting early December to launch its giant Starship rocket system into orbit for the first time.

Starlink, SpaceX’s growing network of thousands of internet satellites, has also captivated investors as a major revenue generator with commercialized applications such as the rollout of high-speed internet on commercial airlines last month. – Reuters