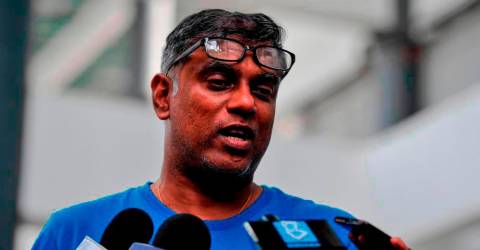 KUALA LUMPUR: The national men’s hockey team will be playing more than 30 international matches in preparation for the World Cup in Bhubaneswar and Rourkela, India from Jan 13-19 next year.

Head coach, A. Arul Selvaraj(pix) said the Sultan Azlan Shah Cup in November in Ipoh and the 2022 Nations Cup Hockey Championship in Potchefstroom, South Africa from Nov 28 to Dec 4, are among the main competitions that the Speedy Tigers will be playing in besides being invited to Spain in December for friendly matches.

“We try to have visits or friendlies in the third and fourth weeks in September and October, but if there are too many short period tournaments we will reconsider because high quality matches are important for us to move forward

“We will look for opponents with higher rankings. I have communicated with Australia, Belgium and the Netherlands, so we want to play with teams like these and it is very important for us,“ he said when met Tuesday. .

Arul Selvaraj added that at the same time, he will emphasise on training to increase physical endurance by scheduling a ‘physical phase’ for ‘strength and conditioning’ this month.

He explained that so far he has no plans to change players and will continue to retain the existing team to perform on the prestigious stage in India.

The Speedy Tigers confirmed their ticket to the 2023 World Cup after emerging runners-up in the Asian Cup last May.

This is the ninth time Malaysia have qualified for the World Cup, with their best performance when they finished fourth in 1975.-Bernama