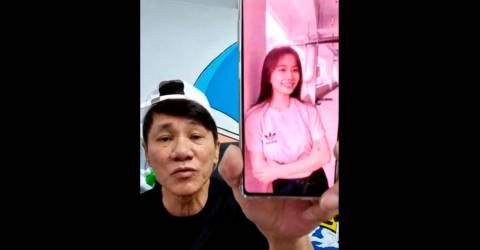 IT has been more than a week since the disappearance of Chia Min Yong, and there are still no news of her whereabouts.

The 22-year-old from Setapak has been missing since April 5. She told her family that she was going out to meet a client that evening, and nothing had seemed amiss.

That night, Chia’s mother received a lengthy text from her daughter admitting that she was not doing well at work and had been having financial difficulties.

In the text, she also said she was leaving home to find a higher-paying job “somewhere a little far”.

Towards the end of the message, she told her mother that she was going cut off contact for a while, and that she had already prepared her luggage and passport to leave.

However, it was later revealed that Chia had not taken any of her other belongings nor had she quit her current job. Her car had also been found in Setapak, and the police have said there are no records of her leaving the country.

A few days ago, veteran getai singer and livestream host Wang Lei offered a reward to anyone who can help locate her.

In a livestream highlighting the issue, the singer explained that he shares a mutual friend with the family, and knew how desperate they were to find her, so he offered to reward anyone who knew her whereabouts.

While Wang initially started offering RM10,000, he later increased the amount to RM50,000 when he learnt that Chia’s father’s boss had offered RM100,000.

Wang also spoke to the missing girl directly, offering her a job as his assistant in Singapore if she has money problems. He added that if she didn’t want to work in Singapore, he would offer her a customer service position in his company based in Penang.