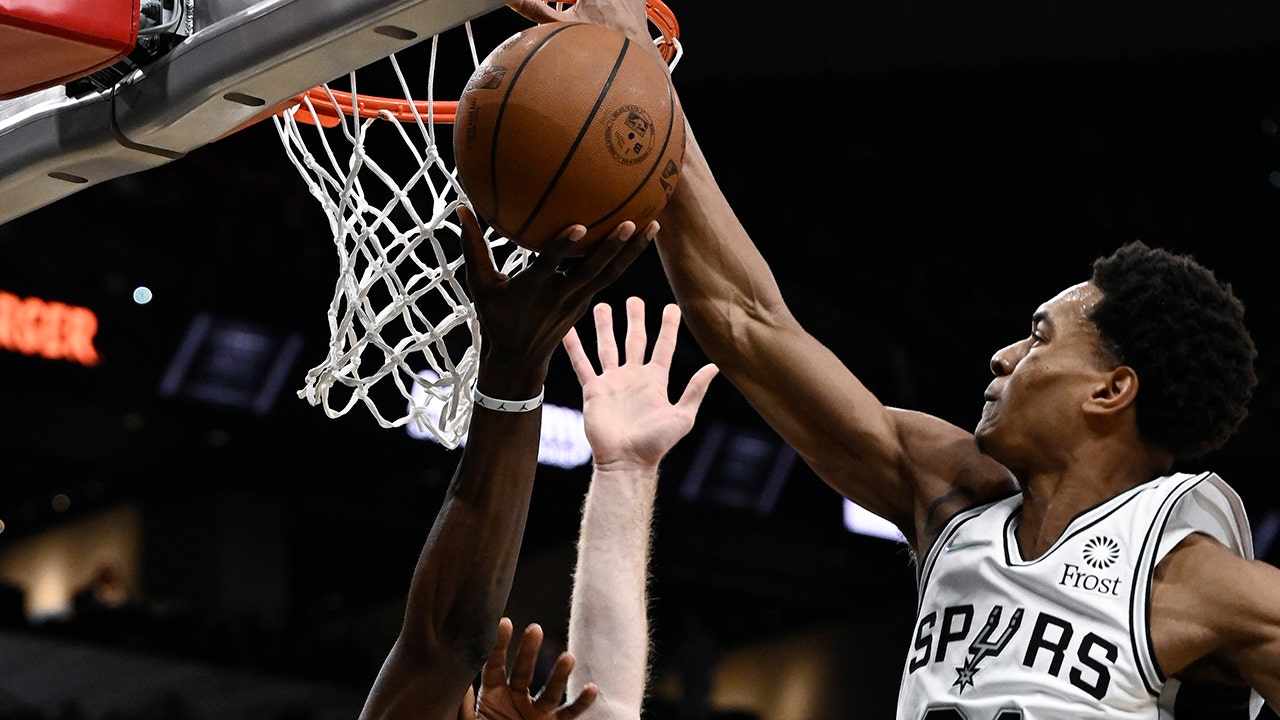 Dejounte Murray added 20 points, nine assists and eight rebounds for San Antonio, which is in the middle of a five-game homestand.

Nikola Jokic had 22 points, 13 rebounds and 10 assists for his fifth triple-double of the season for Denver. Aaron Gordon added 25 points and Will Barton had 19.

The Nuggets pulled within two baskets on several occasions but never led while trailing by as many as 18 points.

Denver entered the game third in the league defensively, limiting opponents to 104.5 points per game, but not lately as injuries mount.

P.J. Dozier and Michael Porter Jr. are both out for the season and Jamal Murray is out indefinitely following knee surgery. Denver, which was 3-7 in its previous 10 games, was also without Austin Rivers due to health and safety protocols.

The Nuggets came out sluggish on the second night of a back-to-back as the Spurs set or matched several season-highs in the first half.

San Antonio opened the game 4 for 5 on 3-pointers in building a 22-12 lead. The Spurs set a season high with 37 points in taking an eight-point lead after the first quarter.

The Spurs were without starting forward Keldon Johnson due a sprained right ankle, but Devin Vassell returned from a three-game absence.

San Antonio coach Gregg Popovich allowed his young roster to play on despite two sloppy passes that led to consecutive steals, enabling Denver to pull within 94-90 late in the third quarter. The Spurs rewarded Popovich’s faith when Tre Jones outleapt several taller defenders to tip out a missed shot to Murray, who drained a 3-pointer for a 100-90 lead to close the third.

Nuggets: Denver is 3-3 on its longest trip of the season. … Rivers missed his fifth straight while in the league’s health and safety protocols. He has played 18 games this season, averaging 3.9 points, 1.4 rebounds and 0.8 assists in 17.5 minutes. … Jokic had 32 points in the Nuggets’ 102-96 victory over the Spurs on Oct. 23.

Spurs: Johnson sprained his right ankle stepping on Poeltl’s foot late in the first half Tuesday against New York. Popovich said Johnson would not be available Saturday against Denver and is uncertain when he would return. … Murray became the fastest player in franchise history with 3,000 points, 1,500 rebounds and 1,000 assists, doing so in his 276th career game. … Bryn Forbes has 458 career 3-pointers with the Spurs, moving him past Chuck Person for 10th in franchise history.

Nuggets: At San Antonio on Saturday.