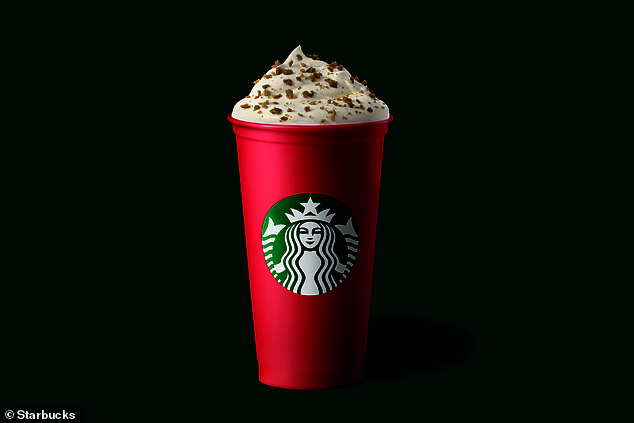 
With Halloween over, the holiday season is officially underway, and one of the telltale signs that Christmas is coming is Starbucks’ unveiling of their holiday cup selection.

Branches of the coffee chain across the UK will be offering Caramel Waffle Latte and Fudge Brownie Hot Chocolate for a limited time from 4 November.

Meanwhile in a move which is sure to delight fans, the coffee chain unveiled their holiday red cups will also be available in stores later this week.

The drink is finished off with mocha whipped cream, mocha drizzle and a fudge sprinkle topping.

Each of the drinks are priced from £3.45 and are available from all Starbucks stores and drive-throughs in the UK. 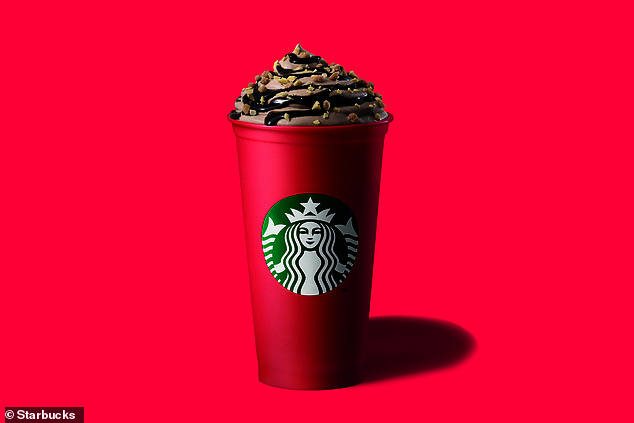 Starbucks is bringing back their popular red cups as part of their holiday-themed merchandise available from 4 November. Pictured: Fudge Brownie Hot Chocolate

Starbucks Rewards members get exclusive early access to the new Holiday menu and can collect stars on each purchase, which add up towards a free drink.

Alongside the beverages, Starbucks is offering customers the opportunity to purchase holiday themed merchandise including mugs and tumblers.

Meanwhile Starbucks, which every year changes its cups from white to red around the festive period, will also be bringing back its red cups from 4 November.

The brand’s colour-changing reusable red cups are returning, with heat sensitive technology that sees the cup transform from vibrant holly green to berry red when your favourite hot beverage is poured inside.

Other items on offer from the chain include a sparkling cup set and stockings. 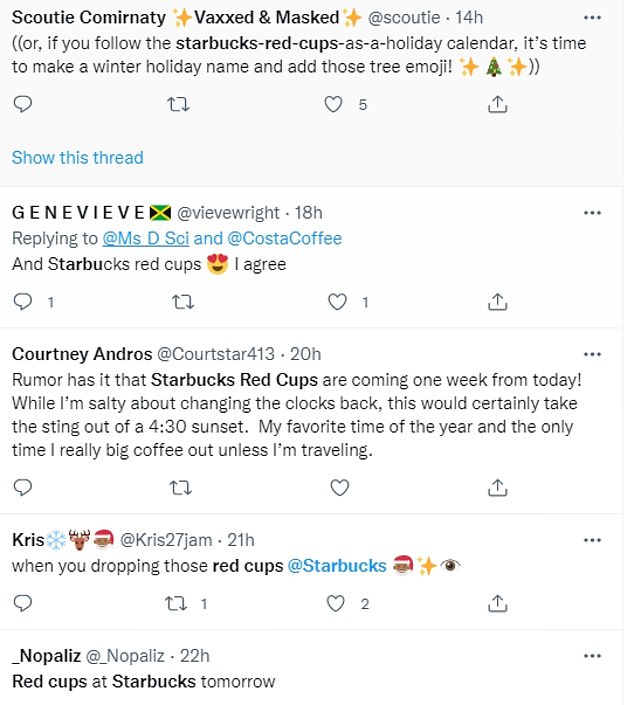 Ahead of the announcement, social media users had been anxiously awaiting the return of the popular red cups, with many going wild over the upcoming release on social media

Customers who bring their own reusable cup to store will receive 25p off their beverage.

Ahead of the announcement, social media users had been anxiously awaiting the return of the popular red cups, with many going wild over the upcoming release on social media.

One person commented: ‘Not me asking the Starbucks employee when they’ll give out the red cups already! At least I waited for Halloween to be over.’

Another wrote: ‘Starbucks red cups come out in less than a week.’

A third added: ‘Rumour has it that Starbucks Red Cups are coming one week from today.

‘While I’m salty about the clocks going back, this would certainly take the sting out of a 4.30 sunset.

‘My favourite time of the year and the only time I really big coffee out unless I’m travelling.’

Since 1997, Starbucks has offered holiday beverages in a cup different from its white one, starting with a ‘jazz-themed’ design.

In the following years, the company annually introduced a cup for the holidays that featured ‘symbols of the season from vintage ornaments and hand-drawn reindeer to modern vector-illustrated characters’.