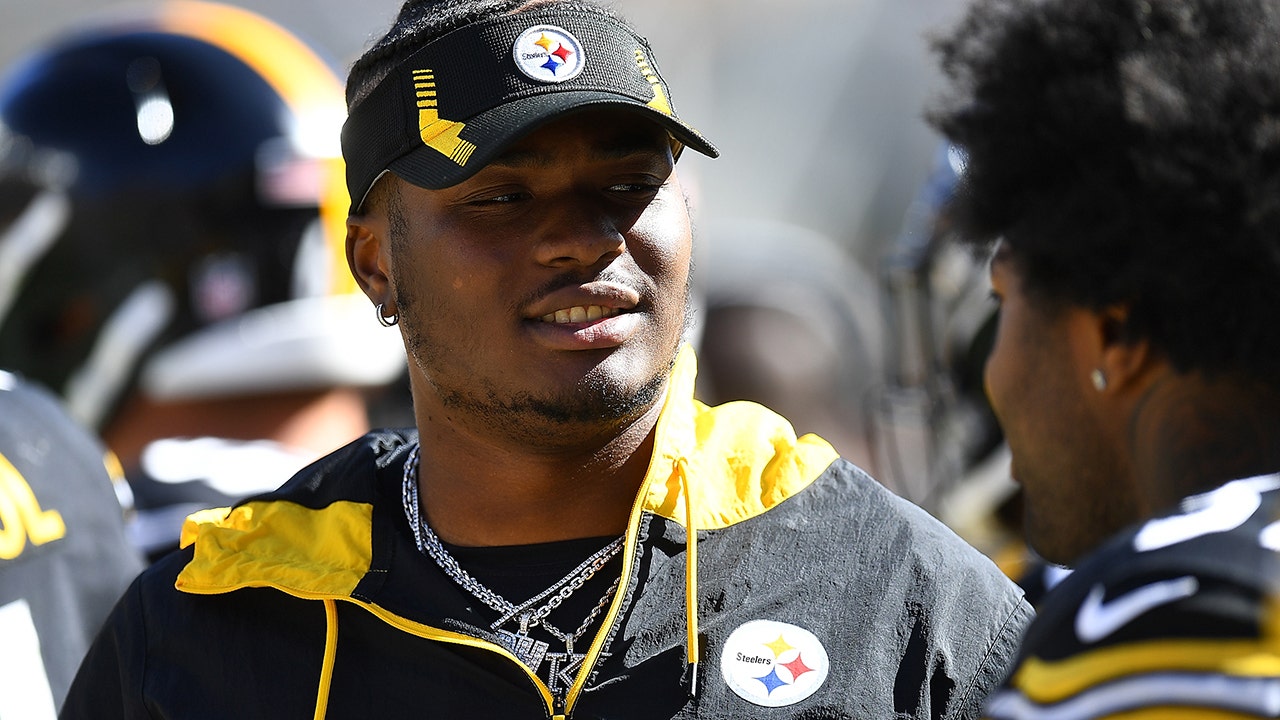 Pittsburgh Steelers head coach Mike Tomlin said this week he will be exploring “all options” for a quarterback next season, but backup Dwayne Haskins believes he has what it takes to be a starter.

Haskins, who is set to become a free agent at the end of the season, told reporters Wednesday that he is confident in his abilities despite what he’s shown so far.

“I definitely feel like I could be a starter in this league. I got drafted for that reason,” he said, via the NFL Network. “I definitely believe I have talent to play with the best of them, but really, I just haven’t put it all together yet. And that’s something I have to do this offseason in order to put myself in that position to play.”

Haskins flamed out in less than two seasons with Washington after being taken with the 15th overall pick in 2019, but the Steelers offered him a second chance when they signed him to a one-year deal in 2021.

He served as a third-string quarterback behind Mason Rudolph after going 3-10 as a starter in Washington with 12 touchdowns and 14 interceptions.

Pittsburgh’s Dwayne Haskins watches from the sidelines during the Steelers-Browns game at FirstEnergy Stadium on Oct. 31, 2021, in Cleveland, Ohio.
(Nick Cammett/Getty Images)

“They’re giving me a chance to compete, and I have a chance to start,” Haskins said. “That’s all I could ask for.”

Rudolph, who is 5-4-1 in his career as a starter and struggled in his only start this season, is also optimistic about his potential to be next season’s starter.

Mason Rudolph looks as the Steelers take on the Detroit Lions at Heinz Field on Nov. 14, 2021, in Pittsburgh, Pennsylvania.
(Joe Sargent/Getty Images)

“All I want is a chance to compete to be the guy here,” Rudolph said, via ESPN. “Seems like that’s more of a real possibility now more than ever … I’m ready to get the opportunity again to prove myself. I understand what I’ve put on tape in 2019, and up to this point, there’s still question marks on my game, and I want to prove those people wrong. And I want to prove to myself and to my teammates. It’s one day at a time.”